WEATHER: sunshine all day with a gusting, bitter cold wind for most of the day. Top temp 19C felt like 5C at times.

We arrived at the Encinas Borrachas track not long after 8:30am, a cold gusting wind greeted us as we left the car. Not surprisingly very birds were on show, we saw distant Northern and Black-eared Wheatears, also Linnets and Goldfinches, a single Rock Bunting sat in a bush, but nothing else showed. 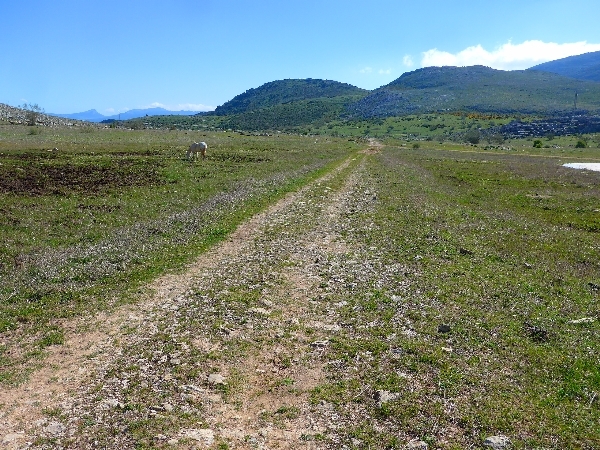 Our walk across the heathland produced nothing at all but we found shelter from the wind over the brow of a hill where a few birds began to appear. We heard an Iberian Shrike singing, it flew off just as we located it, a distant Common Cuckoo also called.

The wind reduced somewhat with longer, calm gaps between the gusts, during these calm periods it was quite warm and birding became enjoyable once again. We tracked down an Orphean Warbler as it sang in the cork oaks, the same happened with Subalpine Warbler. 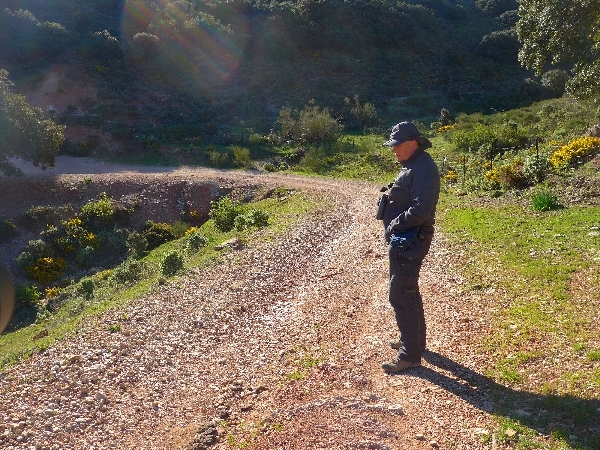 Mike - full of enthusiasm, waiting for the Orphean Warbler to show

Mike got onto two Ring Ouzels, I saw them in flight and agreed with their identification. Distant Black Wheatears sat on the mountain tops whilst several Griffon Vultures drifted over.

Our return walk was much more rewarding, mainly due to the reduced wind gusts. We managed to find Spectacled Warblers, Dartford Warblers (one male without a tail) and a couple of Thekla Larks. Mike found a Woodchat Shrike as we neared the car. 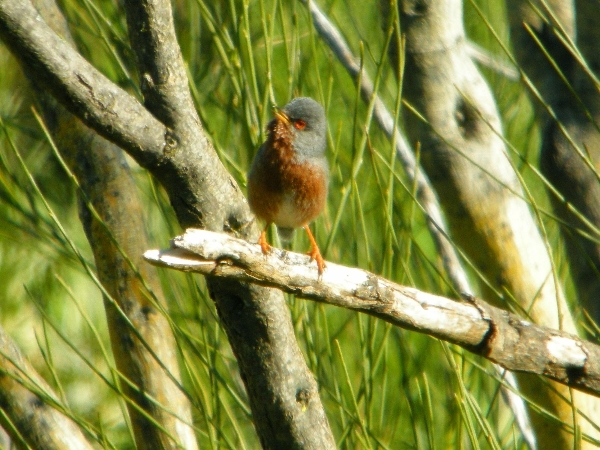 Our next port of call was a roadside restaurant where we enjoyed a nice coffee break, from there we drove into the Sierra de las Nieves natural parque. Again it was very quiet with very few migrant species to see. We found Cirl Bunting, Blue Tit, Chaffinch, Subalpine Warbler and a Mistle Thrush. It was colder there and still windy, we drove deeper into the reserve but never ventured out of the car very much. One stop produced Wren and Coal Tit but not much more.

At 2pm we drove into the centre of Ronda and became ‘tourists’ for a couple of hours. During our walk around the famous Ronda Bridge and gorge we logged Red-billed Chough, Blue Rock Thrush, Crag Martin, a few Serins and a thousand people of innumerable different nationalities. 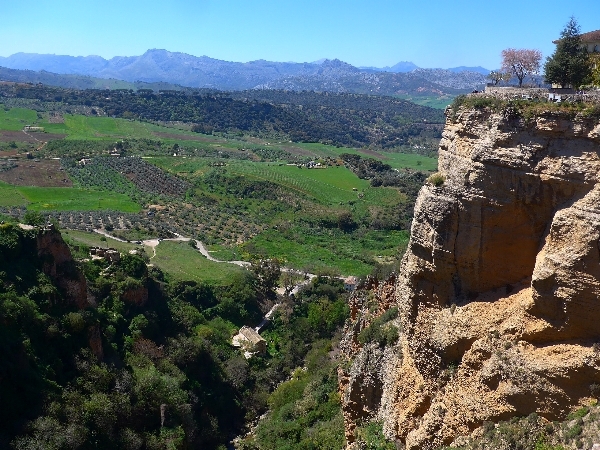 view from the famous Ronda Bridge

Our return journey to Gaucin included a second stop at the Encinas Borrachas track hoping for a better view of Iberian Shrike, but we never found one. A couple of Short-toed Eagles were noted on the way back to Gaucin.

Today we logged only 10 new species, but I am sure that the weather played a big part in our misfortune.
Posted by WINGSPANNER at 05:25