Sunday 29 August: Migrants over Gaucin dwindled to nothing over the last 3 days despite identical weather conditions, although perhaps the 40C+ temperatures put them off! Friday saw a morning passage of a dozen Honey Buzzards and 4 Booted Eagles. Saturday no raptors were recorded at all but 3 parties of Bee-eaters passed in the afternoon, 10, 12 and 26 were noted. Today, Sunday, after a cloudy start, produced nothing at all at my end of the village!! Funny old world - because Paul reported many raptors drifting south, very high up in the afternoon. Just shows you the length people go to find birds...I heard that Paul was lying prostrate on the terrace with his binnoculars, I don't know how many glasses of wine he had had! Yes, it's true, the terrace bit, not the wine! From 1730-1800 there were 75 Honey buzzard and 25 Black kite and from 1830-1900 there were 65 Black kite with a handful of Honey buzzards mixed in. Interestingly, in the earlier passage the Honey buzzards seemed to be heading South-West and the Black kites more due South. Also seen were a Booted eagle, Sparrowhawk and a single Alpine swift.
Posted by WINGSPANNER at 21:31 No comments:

Thursday 26 August - late afternoon update. An incredible number of Honey Buzzards drifted over the village during late afternoon. Paul reported over 120 at his end of the village and I saw 257 in 30mins (17:30 - 18:00). They were joined by 19 Common Buzzards, 45 Black Kites, 5 Booted Eagles and a small flock of Bee-eaters.
Southerly migration is starting to get exciting, watch this space!!!! 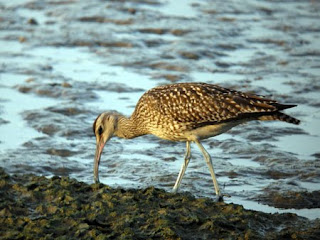 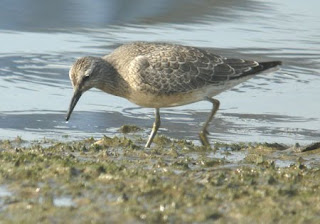 Monday 23 August: Several small flocks of Bee-eaters and a count of 5 Booted and 4 Short-toed Eagles over the village between 3 & 4pm this afternoon in bright, clear sky.
Posted by WINGSPANNER at 18:27 No comments:

A bright sunny morning but quite windy. Sitting riverside for a relaxing couple of hours I notched the usual river suspects: Kingfisher, Common Sandpiper, Grey Wagtail, White Wagtail, Serin, Cetti's Warbler & lots of finches coming to drink. Pallid and Common Swifts were conspicuous by their absence and the number of swallows and House Martins was well down, a sure sign that migration is well under way. Several Griffon Vultures drifted over and a trickle of Black Kites passed overhead, a Sparrowhawk dashed through the tree line and a couple of Bee-eaters completed the list.
Posted by WINGSPANNER at 15:16 No comments:

Thursday 19 August, partly cloudy, 1600-1800hrs: Small groups (5-10) of Black kite passing southwards over the village; most of them very high in the sky and not visible to the naked eye.
Posted by Paul at 18:20 No comments: 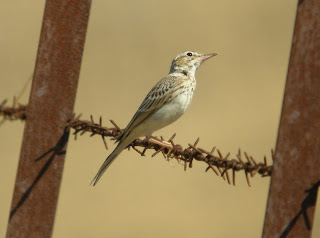 Monday 16 August: The last couple of days has seen a handful of Black kite passing over the village. Today there were two heading slowly south-west as they battled against a strong headwind!
Posted by Paul at 08:43 No comments:

Tuesday 10 August, Gaucin, 0930hrs: Flock of 40+ Bee-eaters over Calle Convento and a Bonelli's warbler in an avocado tree in the garden. 1800hrs: Small group of Black kite flying SW from the village.
Posted by Paul at 10:22 No comments:

Monday 02 August, 20:30hrs: Great views of an adult Short-toed eagle low over Calle Convento.
Posted by Paul at 09:31 No comments:

Sunday 01 August: been away in UK for a while, hence the lack of entries....anyone else seen anything interesting recently? The bee-eaters are starting to congregate in bigger groups so autumn migration is not far away!
Posted by Paul at 19:58 No comments: