Thursday 27 January, Callejon del Pino, Gaucin, 1300hrs: male Blue Rock Thrush sitting on top of the small ruin at the top of the alleyway unpeturbed by the nearby screeching of two fighting male cats!
Posted by Paul at 15:03 No comments:

Wednesday 26 January, on the main road between Ronda and Atajate, 1700hrs: Good views of a Bonelli's eagle flying a few metres from the road.
Posted by Paul at 15:01 No comments:

Tuesday 25 January, Sevilla city centre: Interesting sightings of both White stork and Booted eagle right above the main shopping area.
Posted by Paul at 14:58 No comments:

Thursday 20 January: Was woken at 4am last night by a strange sound outside the back of the house; after listening for a minute or two I decided it was worth a look and was amazed to see a large bird swoop across the garden and land on the chimney of the house in front. I ran upstairs to get my binoculars and, although only in silhouette, it was clearly an Eagle owl – it stayed there for about 10min before flying off, silently, in the direction of the castle. Listening to recorded calls this morning I would say it was a female. Not a bad village tick and presumably it means there is a pair nearby!
Posted by Paul at 09:40 No comments: 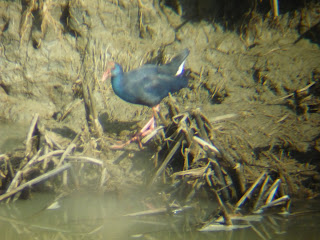 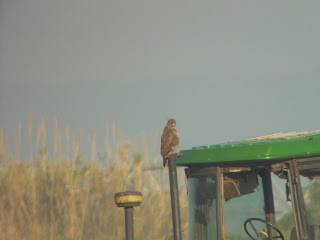 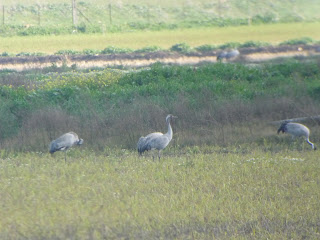 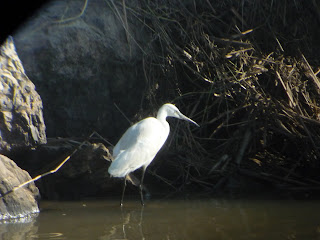 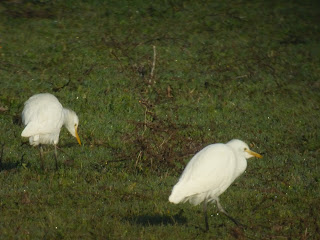 Thursday 13 January, Ronda-Algeciras road just outside Gaucin, 0830hrs: Lots of birds in full song including Serin, Blackcap and Common chiffchaff.
Posted by Paul at 19:35 No comments:

Monday 10 January: Have been down the Camino de Gibraltar a couple of times over the last few days but nothing very exciting to report! There's still a small flock of Siskin hanging around Calle del Pino and yesterday there was a Sparrowhawk circling around for most of the afternoon. Black redstart numbers are down but there are still a few to be seen. No sign of the Common buzzards seen regularly in the valley before Christmas.
Posted by Paul at 16:43 No comments:

Wednesday 05 January, 1530hrs, road from Manilva to Gaucin, just past the right turn to Casares: Southern grey shrike on a telephone wire.
Posted by Paul at 17:26 No comments:

Another superb sunny day, high wispy clouds bright sunshine and a lovely temperature of around 16C. I walked the camino Gibraltar from 1pm until 4. the best of the bird sightings was a Bonelli's Eagle displaying over and behind the castle. It made several very steep, stooping dives over the forest before flapping away, lovely.

Spring was most definitely in the air, Blackcaps, Starlings and even a Goldfinch were in song! Butterflies on the wing were Small Whites and a Painted Lady. I added Great Spotted Woodpecker to the sightings on the way back up the hill. There were the usual crowd of Black Redstarts, Blackcaps, White Wags, Sardinian warblers and Siskins but I notice a distinct drop in numbers of Song Thrush and Chiffchaff this winter.

The flowers looked brilliant in the afternoon sunlight: 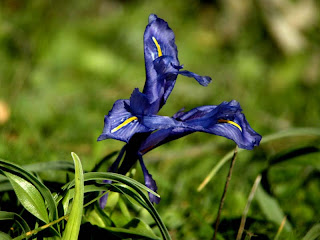 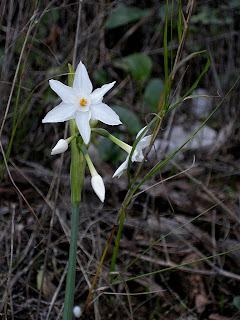 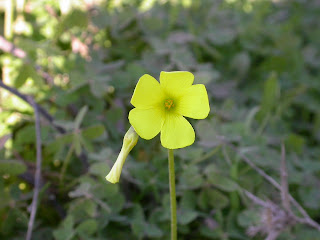 Bermuda Buttercup - Oxalis pes-caprea
Posted by WINGSPANNER at 17:01 No comments:

It was like a beautiful spring morning, lots of sunshine, a nice temperature and plenty of wildife to look at. We took the Camino Gibraltar out of the village and went 2km downhill to meet Alice and Jim at their home in the campo (countryside). There were many Black Redstarts on view as well as Blackcaps, Chiffchaffs, Goldfinches and Serins. With our two companions we set off for a longer walk down to the Santa Nino chapel. The hedgerows and fields were awash with Bermuda Buttercup, Narcissi, Periwinkle and Celandine. We added 3 more butterflies to the 2011 list; Wall Brown, Clouded yellow and Small White. During the next two hours we saw Kestrel, Griffon Vulture, Song Thrush, Blue and Great Tit, Meadow Pipit, White Wagtail and many more Black Redstarts.

After leaving our two friend back at their finca we started back up the hill to the village. Along this stretch we added Eurasian Nuthatch, Short-toed Treecreeper and a small flock of Siskins - always a nice sight, see the video and pictures below.


Posted by WINGSPANNER at 18:09 No comments: