WEATHER: another day of sunshine but a brisk easterly wind kept the temp quite cool. Top temp 21C

At the Rio Genal things were much quieter than I expected, but the coast-road repair work was noisy and water extraction using large tractors towing water tanks was on-going near the bridge, maybe too much disruption?

Our walk lasted an hour during time which we heard only 4 species singing; Common Nightingale, Blackcap, Serin and Cetti’s Warbler. Actual sightings were minimal, Blue Tit, Serin, Long-tailed Tit, Grey Heron and above us we saw only Booted Eagle and Griffon Vulture, not a single Wagtail,  no sight nor sound of Golden Oriole or Hawfinch. 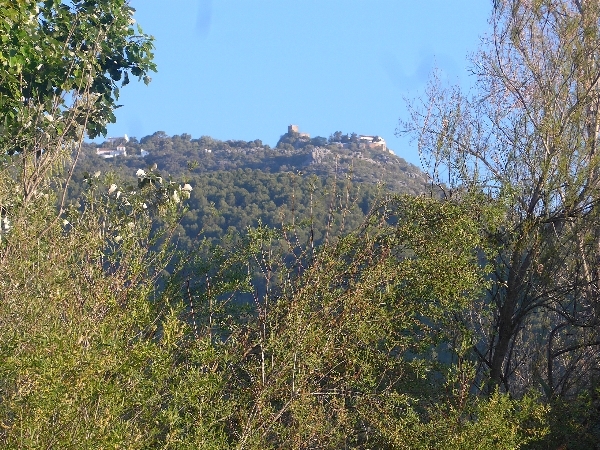 By the time we reached the Guadiaro Valley track leading to Secadero the wind had picked up, it was quite blustery at times. We saw several parties of European Bee-eater, also Crested Larks, Blackcap, Sardinian Warbler, Little-ringed Plover, Great Cormorant and not much else. The sky began to fill with raptors but only with Booted Eagles and Griffon Vultures. 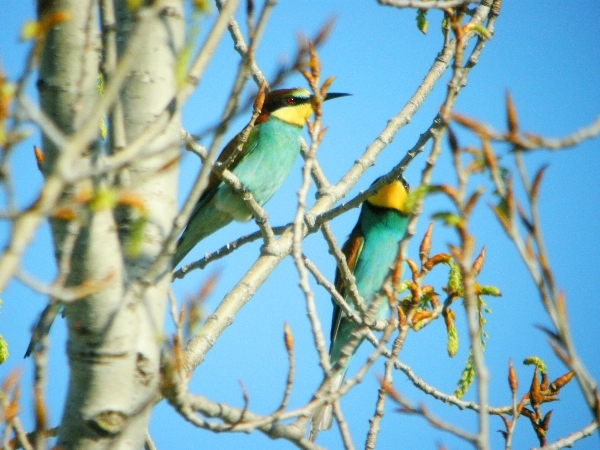 Further down the track we had one inspirational sighting in the form of a GREAT SPOTTED CUCKOO, this bird was perched on the roadside fence but unfortunately it saw us before we ‘spotted’ it, the bird was off over the hill before we could say “camera”. Nevertheless it was a great sighting and my first of this species for this valley. 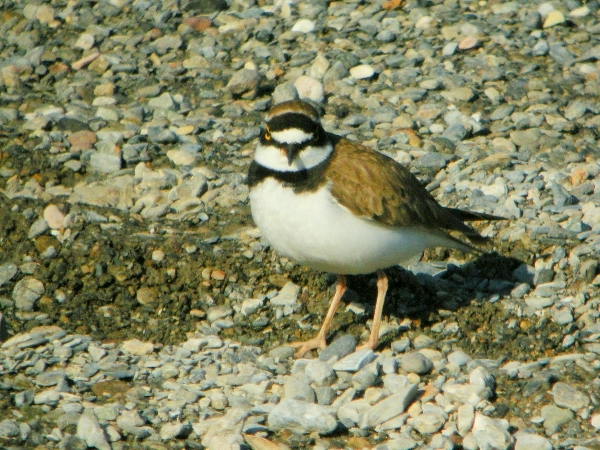 We continued, encouraged by our find, but things didn’t get much better! We added Corn Bunting, Common Stonechat, Greenfinches, Goldfinches and another stop at the river produced a Black Kite sighting and a Common Kingfisher.

After a coffee stop in Secadero we drove to San Enrique Woods where we sat in the car and ate our picnic lunch next to the sewerage works, how nice!

A quick scan of a ploughed field produced both House and Tree Sparrows, Spotless Starlings, Bee-eaters and Goldfinches. Walking in the windy woods we added Bonelli’s Warbler, Great-spotted Woodpecker and lots of Serins. 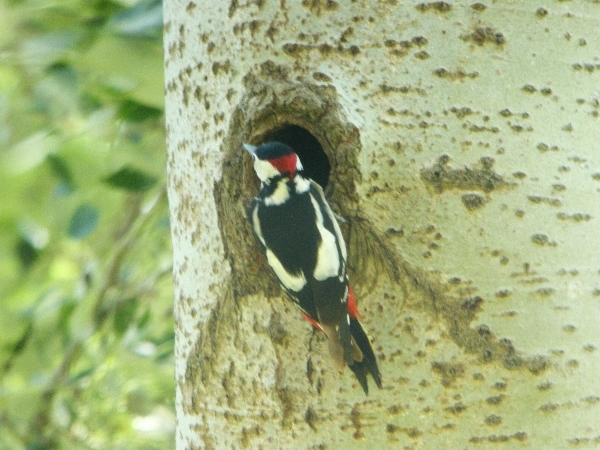 Next we drove to the ‘umbrella’ pine-woods near San Roque, we first looked for Orchids along the main track, we found both Sombre and Sawfly Orchids. We also saw Small Copper, Spanish Festoon, Speckled Wood and Cleopatra Butterflies. 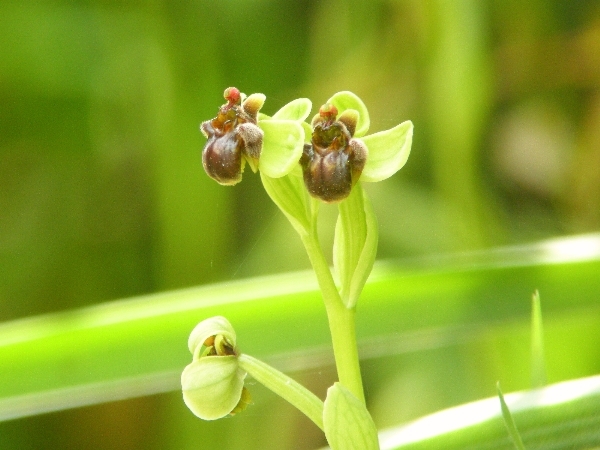 Back to birding, we spent an hour or so searching the pine trees and areas of cork oak for new species. Our efforts were rewarded with good sightings of all four target species: Firecrest, Crested Tit, Short-toed Treecreeper and Bonelli’s Warbler. Other species seen were Eurasian Jay, Chaffinch, Blue Tit, Blackbird and Blackcap. 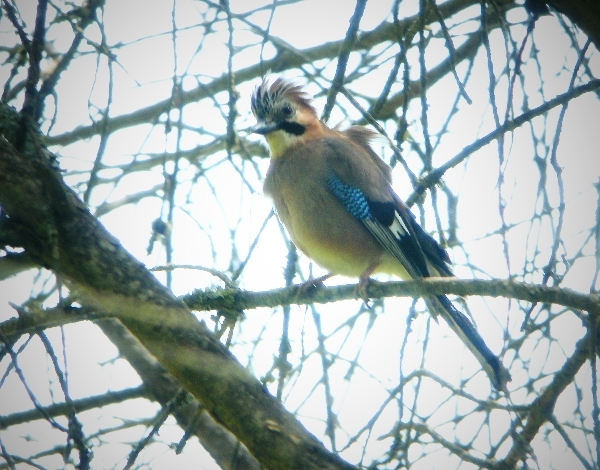 From the elevated roadside just north of San Roque we viewed many White Storks on their nests, it is incubation time right now in the 70+ nests in this area. 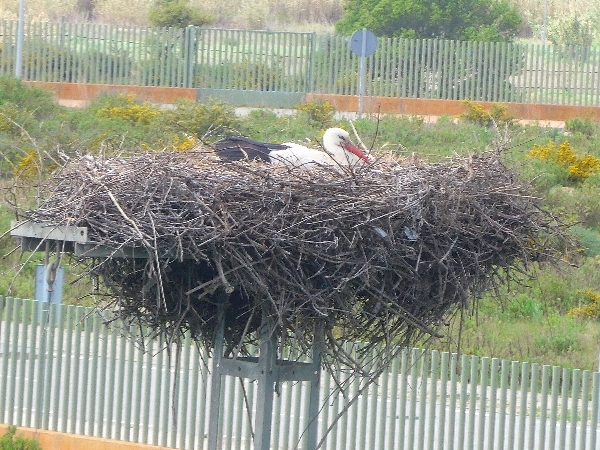 We also stopped near a railway bridge to look at a Lesser Kestrel colony, my fears of last year were abated somewhat with the encouraging sight of new ‘kestrel’ nesting boxes attached to the bridge walls. I feared last year that repair work on the bridge walls would discourage these delightful falcons from further breeding, we saw six individuals, one of which came down to a nesting hole with food, smashing!

Our last stop was just outside of Jimena de la Frontera where we walked along a dirt track looking for Tawny Pipits. We found Stonechats, Serins, Goldfinches and our first Short-toed Eagle but no pipits. 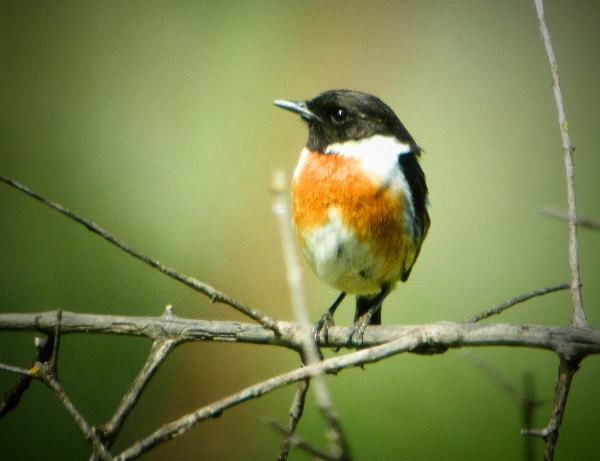 This concluded our birding, it was a little disappointing, the lack of raptor passage and of migrants in general is a concern, perhaps the east wind is having a greater effect than I thought it would!