It was bitter cold in the sweet chestnut wood even though we were sheltered from the brisk wind. Surprisingly there was quite a lot of bird activity in the bare branches of these ancient deciduous trees. We quickly found Blue Tit, Crested Tit, Eurasian Nuthatch, Great Spotted Woodpecker and Common Chaffinch. 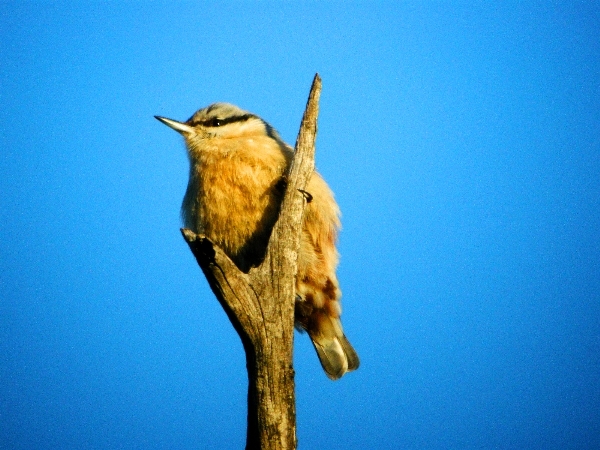 Eurasian Nuthatch in the morning sunlight

We had to walk a few hundred meters into the cork oak woods in order to find our main target bird, it took quite a while before we heard one. The swirling, windy conditions made it difficult to locate our first Iberian Chiffchaff of the trip but when we did it showed very well. We also tried to track down a singing Coal Tit but failed to find it in the tall pines nearby. 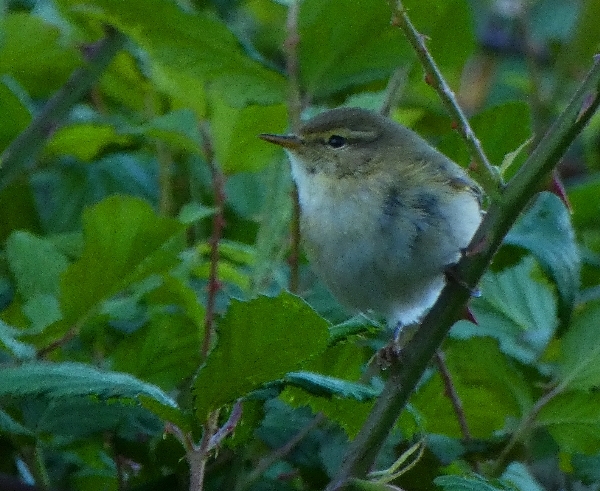 On the return walk we found two Short-toed Treecreepers, another Great-spotted Woodpecker and a very obliging Firecrest. A nice sighting, albeit brief, was made of a Hobby, it dashed along above the trees and quickly out of sight.

By the time we got down to the Rio Guadiaro at Estacion Cortes the sun was higher and we warmed up, the wind was greatly reduced in this sheltered valley. We spent an hour or so walking beside the river noting: Blackcap, Cetti’s Warbler, Common Nightingale, Greenfinch, Cirl Bunting, Woodchat Shrike, Stonechat, Green Sandpiper, Little Ringed Plover, Great Cormorant and White Wagtail. 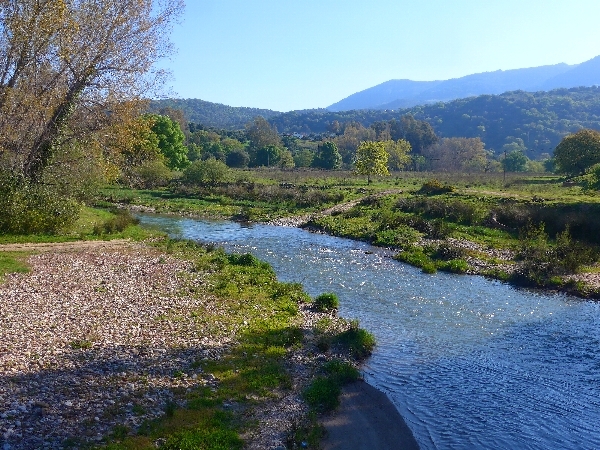 Generally it was quiet, lots of House Martins, a few Red-rumped and Barn Swallows flew all around us and higher up we counted over 40 Griffon Vultures, two Short-toed Eagles and we heard distant Bee-eaters.

After a coffee stop in Cortes de la Frontera we made it to Montejaque and the Llanos de Libar by lunchtime, we ate our picnic in the sunshine sitting on some rocks. Spanish Festoon, Cleopatra and Clouded Yellow Butterflies were noted during lunch. 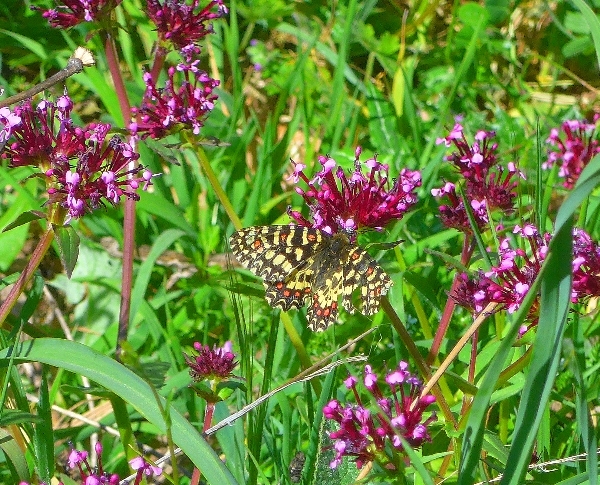 We walked up the track towards the Llanos de Libar scanning the mountain tops and steep rock faces looking for anything that moved. We found Rock Bunting, Blue Rock Thrush, Black Wheatear, Red-billed Chough, Crag Martins and dozens of Griffon Vultures. Lower down we were kept busy watching Sardinian Warbler, Stonechats, Eurasian Linnets, Goldfinches and more Black Wheatears. A male Ring Ouzel was a bonus find but unfortunately Mike didn’t get onto it before it disappeared behind some bushes. 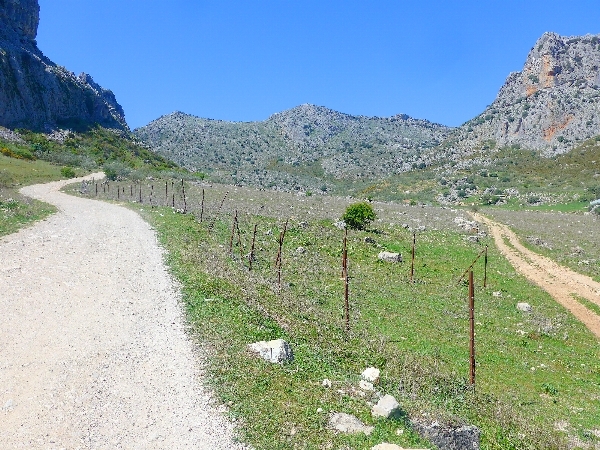 the track leading up to the Llanos de Libar

Driving further up the valley we entered the wide open valley (Llanos) which has some rocky scree and some cultivated fields. We added Mistle Thrush, Rock Sparrow (Petronia) but we failed to find Black-eared Wheatear. During the return journey we stopped to watch a superb male Black Redstart and we continued our search for other wheatears. Other butterfly sightings included; Large Tortoiseshell, Small Heath and a guy we met had just being tracking a Chapman's Green Hairstreak, a new species for me if only I had seen it! 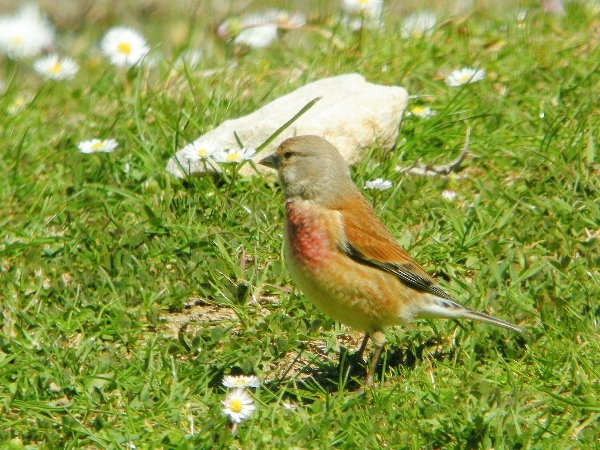 A short roadside stop near Montejaque was made to look for more Orchids, we found three species. 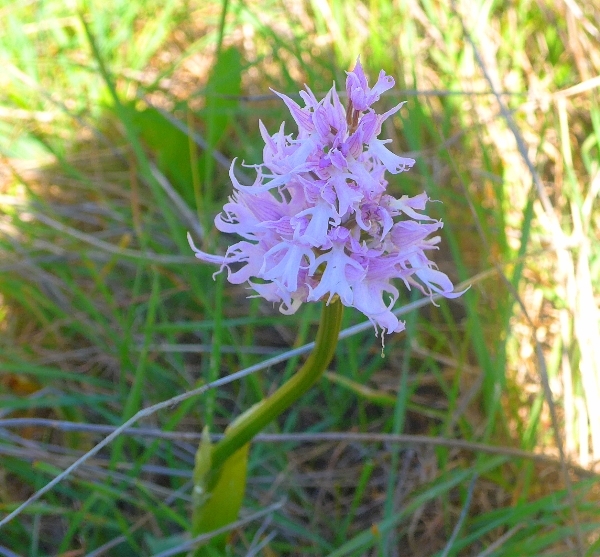 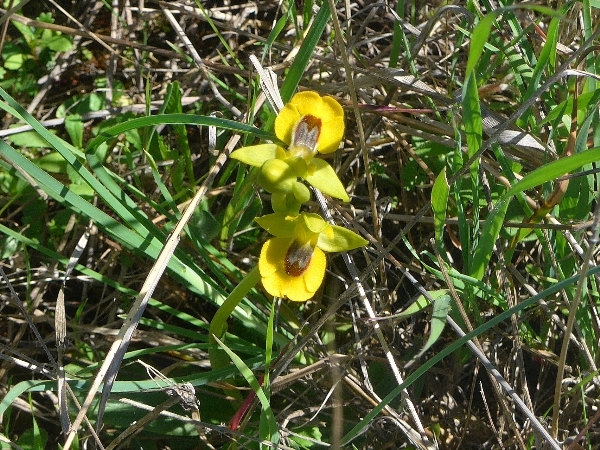 Cueva de Gato (Cat’s Cave) near Benaojan is the best and most reliable place to find Alpine Swifts, we saw four as we emerged from the car in the car park. Our walk to the near-deserted beauty spot at the cave’s entrance was punctuated with stops to watch the swifts and martins. At the blue-pool below the cave we watched Grey Wagtail, Blackcap and not much else. Mike pointed out two large raptors circling behind us, wow! They were Bonelli’s Eagles, a great find, I’d been searching for those beauties all day. 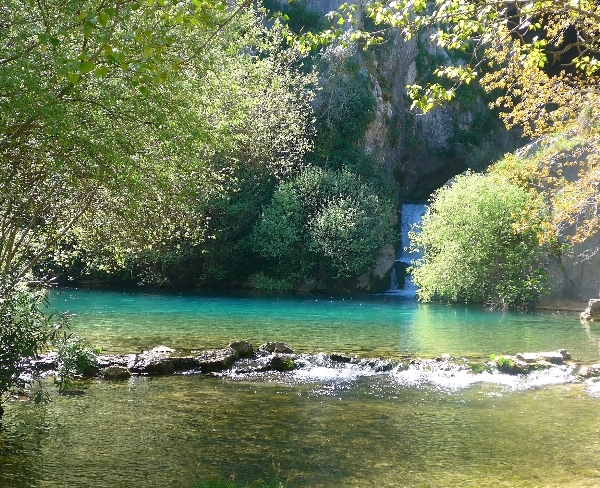 the Blue-pool below the entrance to the Cueva de Gato

We walked along the river hoping for sightings of Dipper without success, we did hear a distant Golden Oriole caliing but we dipped on the Dipper. It was now 5:15pm so we decided to call it a day, our drive back was speedy along empty roads, we arrived back in Gaucin at 6pm.
Dinner was taken at 7:30pm followed by our bird log, we had now recorded 100 species (including 3 heard not seen), not a bad tally but certainly lacking in migrant species.