It was great to be back birding in Southern Spain for another exciting season. The weather was just beautiful and the birding as good as ever.

Today I collected Mike from Malaga Airport he is staying with us for a week, he arrived on time but his luggage was delayed somewhat. Once in the car we drove straight round to the local nature reserve at Guadalmar, called Desembocadura de Guadalhorce. 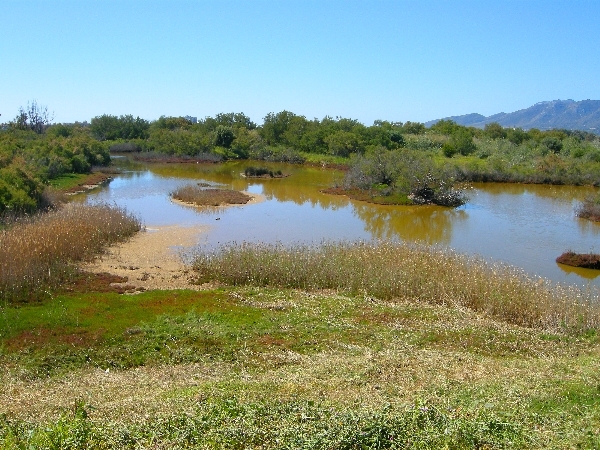 just one of several lagoons at the Guadalhorce Reserve

We had a great two hours walking along the tracks and visiting the hides that overlook a number of lagoons, we recorded over 50 species and the first lagoon produced our top-two sightings of the day. First we located a number of White-headed Ducks swimming around with Common and Red-crested Pochard, Little Grebes, Moorhens and Eurasian Coots. But then in the reeds we found a RED-KNOBBED COOT which is a mega find for this reserve and a species I have never seen there before. 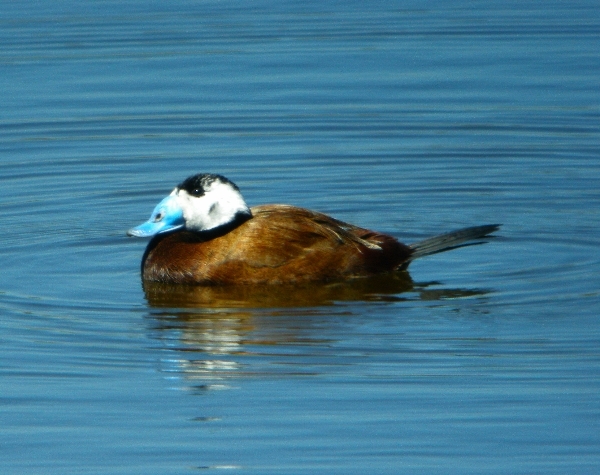 The next lagoon had a number of Black-winged Stilts, Common Redshank and not much else, so we moved onto the third lagoon which is far more open and has more exposed muddy banks. A good number of waders were feeding there with several species present. We listed; Kentish Plover, Dunlin, Sanderling, Curlew Sandpiper, Common Redshank, Common Greenshank, Green Sandpiper, Black-winged Stilt and Pied Avocet. 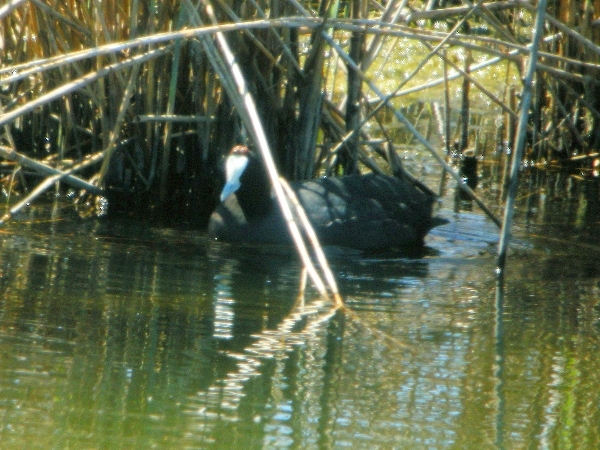 record shots of the Red-knobbed Coot, you can just see the Red-Knobs and the blue bill-tip 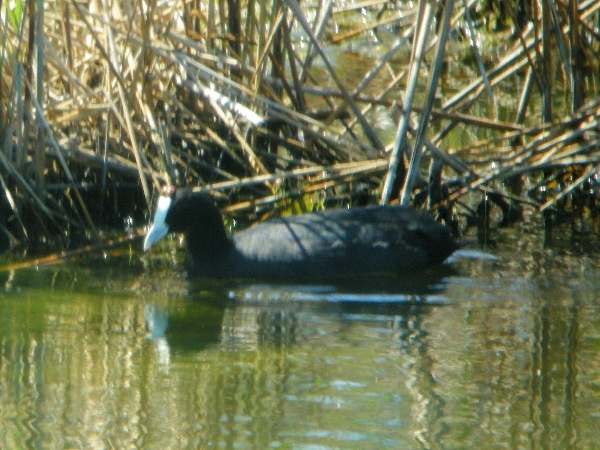 On our return walk we watched a group of 12 European Bee-eaters, Zitting Cisticola, Cetti’s Warbler, Pallid Swifts, Greenfinches and a few groups of Monk Parakeets.

During our walked back we bumped into a Eurasian Hoopoe, some Serins, Sardinian Warbler, a distant Booted Eagle, Common Kestrel and Red-rumped Swallows. 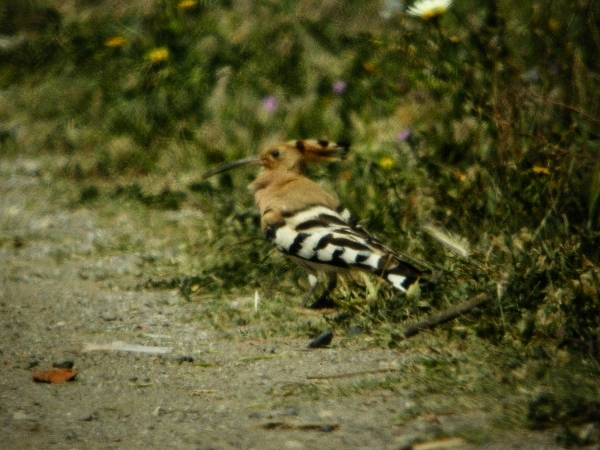 After stopping to buy lunch we set off at 3pm for Gaucin, my Summer home-village in Andalucia. We stopped a couple of times near Casares, but first we watched Griffon Vultures, Black Kites, Booted Eagle and dozens of Yellow-legged Gulls over a rubbish-tip near Estapona.

In Casares we had closer views of Griffon Vultures and we watched a Blue Rock Thrush. At Sierra Crestellina we added Common (Northern) Raven, Common Stonechat and Woodchat Shrike to our list. 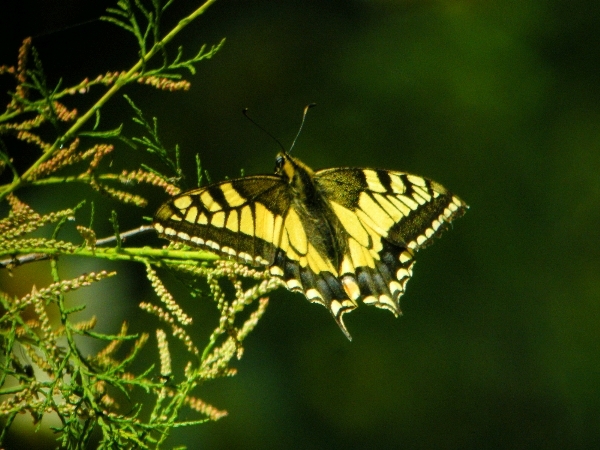 We eventually arrived at Gaucin around 5:30pm where we enjoyed a cold beer and a delicious home-cooked dinner, provided by my lovely wife Dawn.