A change in wind direction brought fresher weather from the west; the morning was quite misty/cloudy and it even looked like it might rain - it didn't.

Returning to the Las Pilas track above Algatocin at 10:00hrs to pick blackberries gave me another chance to see the Black Wheatear family and they didn't disappoint, flitting around from rock to rock (and bush and fence) just about close enough for some photos. Also around 20+ Griffon Vulture, 6 Black Kite moving through, Common Buzzard, 20+ European Bee-eater on the wires, Common Swift, Alpine Swift, Stonechat, Common Whitethroat, Sardinian Warbler and Cirl Bunting.

Back in Gaucin at 18:30hrs there were Booted Eagle, Short-toed Eagle, the usual troupe of 25+ European Bee-eater were wheeling around, also 30+ Common/Pallid Swift in amongst which was a single Alpine Swift which once again came in very low over Calle Convento affording great views.

Some Black Wheatear photos: For a ground/rock-dwelling species they spent a lot of time in bushes! 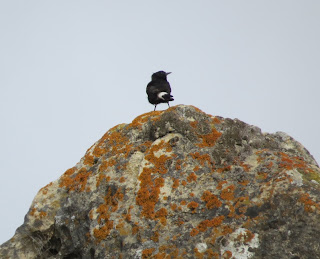 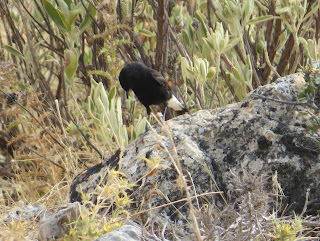 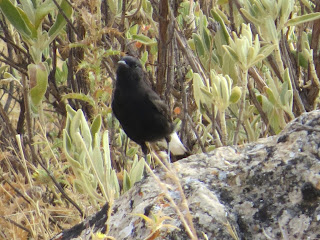 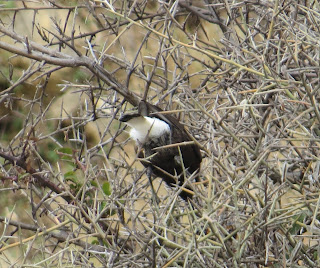 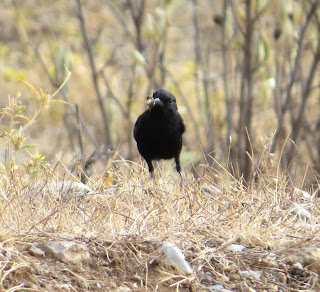