Down on the Rio Genal on Thursday morning there was a Redwing (first of the winter) amongst a small group of Song Thrush but sadly little else due to the close proximity of hunters; late afternoon there was a Firecrest in the small oak trees opposite Bodeguita Chaparro. There are quite a few Paperwhite Narcissus around which look wonderful in the winter sun.

This afternoon at 15:30hrs there were at least 150 Griffon Vulture below the Brenaverde restaurant on the Gaucin-Algeciras road. I went down to have a look but the only carrion I could see was a small snake so not sure what the attraction was! They were flying in from all directions, forming several large swirling kettles, so an accurate count was difficult but 150 would be a conservative estimate; it was quite a spectacle.

Some of the many Griffon Vulture seen this afternoon: 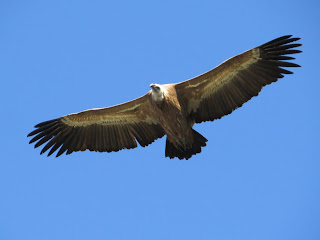 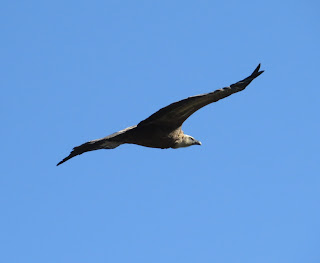 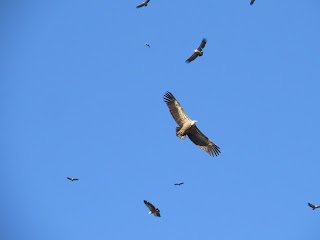