Friday 29 March, Gaucin, partly cloudy, light-fresh W-NW wind, 16C: After another 11L/m2 of rain on Wednesday evening, Thursday was thankfully dry but the only bird of note was a stunning male Siskin on the garden Walnut tree during the morning. Today, despite the cooling wind, the temperature reached a warm-feeling 16C. A morning visit to the Casares-Secadero track alongside the Rio Genal was quite productive with my first European Bee-eater of the year which was in one of three separate groups of 15-20 birds each. Also seen were Griffon Vulture, 4 Short-toed Eagle (see rather scruffy one in photos), 5 Booted Eagle (one dark morph), 6 Black Kite, Common Buzzard, Common Kestrel, Great Cormorant, 3 Grey Heron, 4 Little-ringed Plover, Common Swift, Pallid Swift and a single Alpine Swift, Barn Swallow, no fewer than 8 Woodchat Shrike, female Black Redstart, White Wagtail, Stonechat, Crested Lark, at least 4 singing Cetti's Warbler, Sardinian Warber, Zitting Cisticola and Serin. Again, no singing migrant warblers; though there were Chiffchaff around as they could be heard calling. Back in the village, a small group of European Bee-eater flew over 'la cruz' area at about 1400hrs. 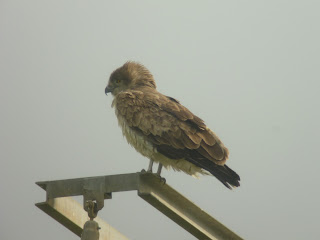 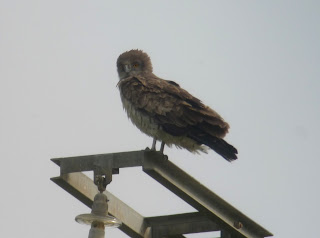 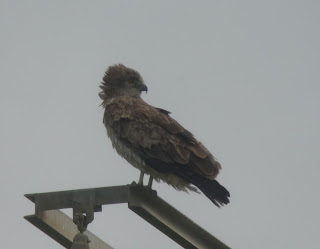 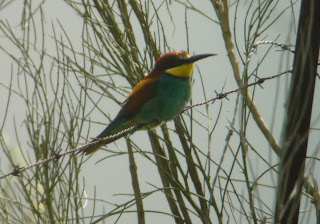 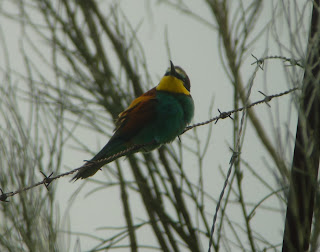