Tuesday 10 January: Wingspanner and I headed off to Laguna Dulce at Campillos north of Ronda at 0730hrs in a fresh E wind, mostly cloudy starting at just 5C and peaking at 13C; it looks like our long warm and sunny spell has finally come to an end. We were hoping to catch up with some Little Bustard here but they didn't show - we did, however, see Marsh Harrier, Common Buzzard, 300 Common Crane (see photo), 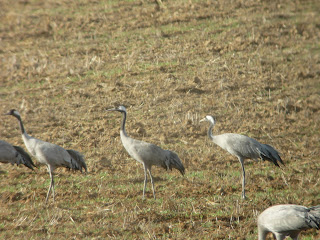 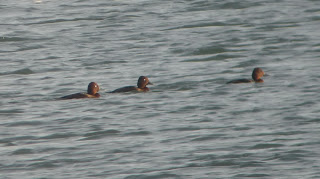 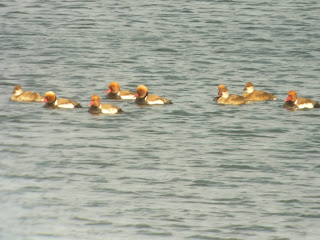 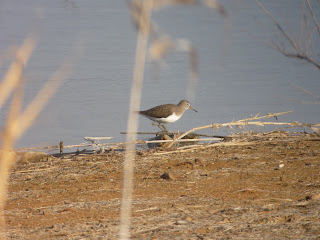 In an effort to find some bustards we continued on to Laguna Fuente de Piedra where they can be found in the surrounding fields. Still no luck but we did see Raven, Hoopoe, Southern Grey Shrike, Common Crane, Wigeon, Common Snipe, Lapwing, Black Redstart, Common Starling, Spotless Starling, Greater Flamingo in amongst the large flock of which was a solitary smaller, bright pink/red Lesser Flamingo, Common Shelduck. Also Black-tailed Godwit, Black-winged Stilt and Avocet (all visible in same photo), 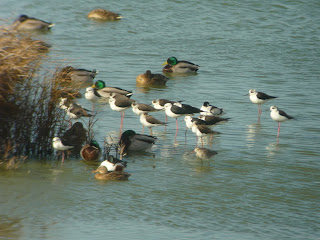 All-in-all it was a great day's birding with a final species total of 71, albeit missing the sought-after Little Bustard, but including 5 species of lark and some specials (for me, anyway) such as Ferruginous Duck and Lesser Flamingo.
Posted by Paul at 08:54