Our final day had arrived and we hoped that the strong wind which had hampered our birding throughout the week had abated! As we left Gaucin at 8am we noticed it was calm, no wind so far, but by the time we had reached the coast at Algeciras it was very windy once again.

At Tarifa it was windy but bearable, we walked to the hide on Los Lances beach from the main N340/A7. En-route we had notched up a list of several species; White Stork, Griffon Vulture, Common Kestrel, Crested Lark and lots of Barn Swallows.

Corn Buntings sang from fence-posts, a Skylark sat on the grass and a Northern Wheatear dashed in front of us as we walked to the beach. From the hide we found a good number of Sanderling, Ringed Plover, Dunlin and Grey Plover, there were fewer numbers of Common Redshank and Kentish Plover. 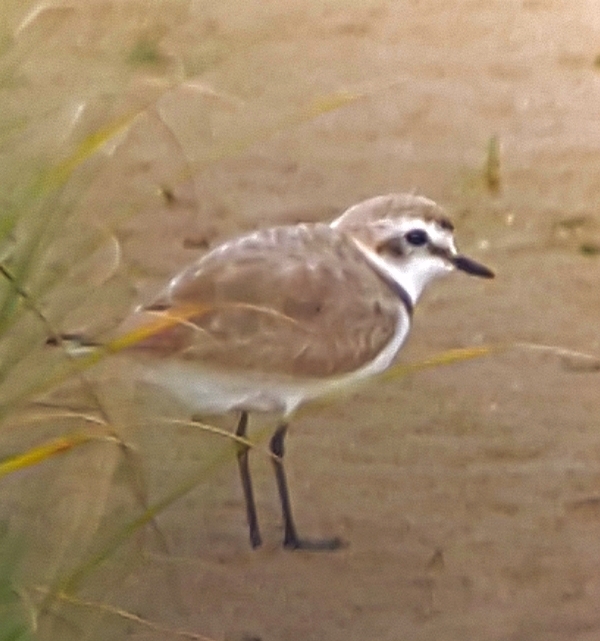 Kentish Plover
7
A group of distant Sandwich Terns sat on the beach with a single Mediterranean Gull, even further away were groups of both Yellow-legged and Black-headed Gulls. A few Northern Gannets battled against the wind out at sea.

During our return walk we added Greater Short-toed Lark to our trip list and saw very little else. Next stop was La Janda, I have never recorded so few species in any of my previous visits! I think that the current ploughed rice fields has a lot to do with bird numbers, it was like a barren, dry desert. We did see Woodchat Shrike, a very obliging Calandra Lark, lots of Linnets, Goldfinches, House Sparrows and Corn Buntings. 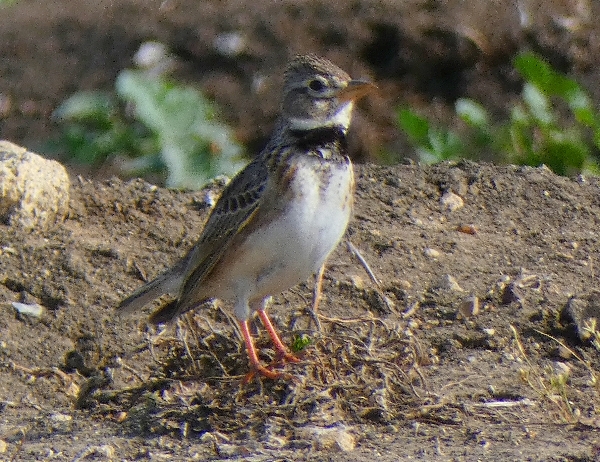 Dozens of Cattle Egrets followed the tractors as they farrowed the fields, but not a single stork, heron, ibis, spoonbill or raptor was seen as we drove along the central track. Turning onto the Benalup track we crawled passed the ‘egret nesting-colony’ where hundreds of Cattle Egrets tried to stay perched in the strong winds. 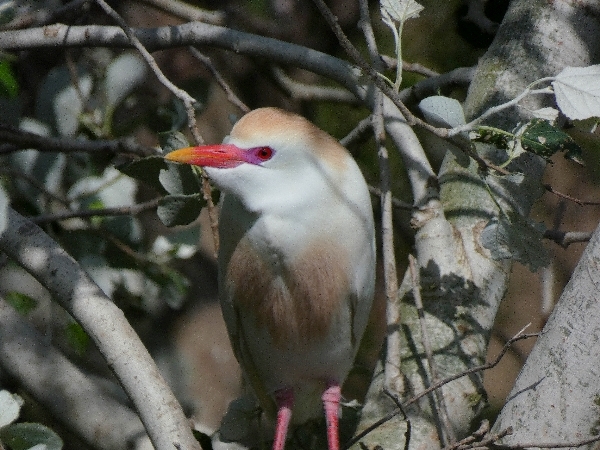 Cattle Egret in full breeding plumage - another of Mike's photos

We ate lunch near the ‘smelly farm’ where Red-legged Partridges, Common Pheasant, Eurasian Jackdaw, Marsh Harrier,  a dozen Black Kites and a swirling ‘kettle’ of some 200 White Storks was seen. A single Egyptian Vulture, Short-toed Eagle, Booted Eagle and more Black Kites were also seen from near the farm. As we drove off La Janda we stopped to watch a female Montagu’s Harrier and another Marsh Harrier.

At Montonmedia Golf Course we searched the mixed woodland for migrant warblers, but all we got was 2 Eurasian Hoopoes and a single Pied Flycatcher. Vejer provided our sighting of Bald Ibis, we viewed one of the nesting colonies where 11 pairs were sitting on eggs alongside dozens of Eurasian Jackdaws.

Barbate Marshes provided the venue for our best birding of the day. We watched over 70 Collared Pratincoles, a pair of Stone Curlews and our only sighting of Audouin’s Gull. Along the track around the marsh we saw a dozen Northern Wheatears, 4 Tawny Pipits, Yellow Wagtails, Corn Buntings and several Crested Larks. 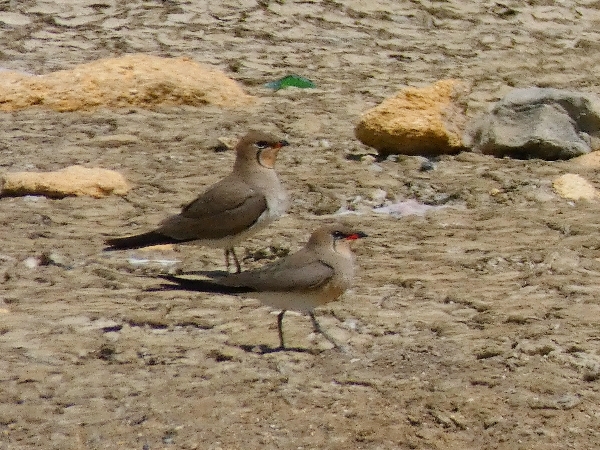 Other birds seen out on the marsh include: Great Egret, Eurasian Spoonbill, Dunlin, Common Greenshank, Common Redshank, Grey Plover, Ringed Plover, Little Stint and Black-winged Stilt.
We made our way back to Gaucin stopping at the Mirador de Estrecho where we looked over to Morocco through hazy cloud. Several raptors were working their way eastward against the wind, we saw Black Kites, Booted Eagles, a single Sparrowhawk and lots of Griffon Vultures.

Well that ended our 7-day tour, we headed back to Gaucin arriving around 5pm. Our trip count had reached 153 with another 5 species heard but not seen. It had been a tough week, we had endured 4 days of very windy conditions and I’m sure that bird migration had been disrupted because of this. Tomorrow I take Mike back to Malaga Airport and collect Jimmy who is staying for a 4-day birding tour.
Posted by WINGSPANNER at 21:41