Considering that this is the peak migration period it was very quiet at the Rio Genal, in fact as far as migrant bird species was concerned it was dead. We saw Serin, Blackcap, White Wagtail and we heard a couple of Cetti’s Warblers and we had a brief view of Common Nightingale. We added a Woodchat Shrike as we continued along the track and a Short-toed Eagle sat on a pylon. 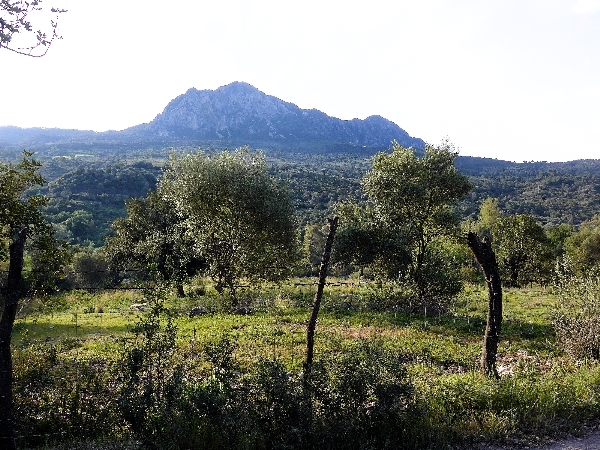 view of Sierra Crestellina from the Rio Genal track
]
On our way back to the car we watched two Eurasian Sparrowhawks fighting an aerial battle whilst Griffon Vultures drifted passed very high up and four Grey Herons moved slowly up the river.
By the time we reached the Guadiaro Valley-Track leading to Secadero the temperature was over 20C. We stopped several times as we worked our way down to the river; we watched Cirl Buntings, Corn Buntings, Crested Larks, Stonechats, Tawny Pipits, Linnets and lots of Goldfinches.

At the river we saw several parties of European Bee-eater, also our first Turtle Dove, a few more Blackcaps, Sardinian Warbler, Little-ringed Plover, Common Sandpiper, Great Cormorant and a single Marsh Harrier. The sky was devoid of raptors except for small numbers of Griffon Vultures. 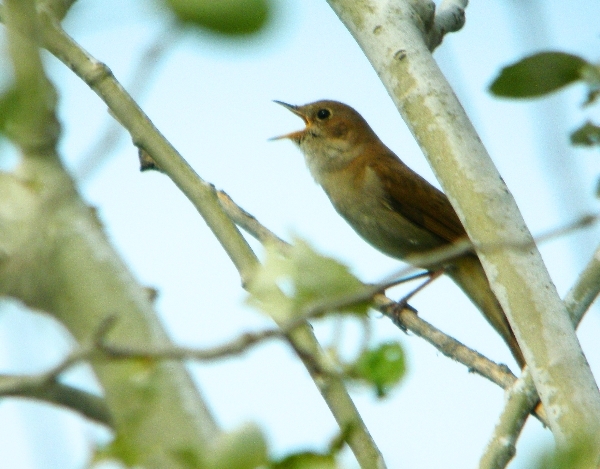 Further down the track we searched for Olivaceous Warbler without success, Common Stonechats were everywhere, also Greenfinches and Goldfinches. A Green Sandpiper, two White Storks and a Booted Eagle was all we added before we drove to Secadero and on to San Enrique.

San Enrique Woods was also quiet except for small numbers of Serins feeding in the grass. We sat in the car and ate our picnic lunch before going for a stroll! After 10 minutes we found a Wryneck up in the trees, it showed well at times but never stopped in one place long enough for us to take a picture. An Iberian Chiffchaff was tracked down after we heard it singing, that bird did show well as did a Eurasian Jay.

A quick scan of a ploughed field outside the wood produced both House and Tree Sparrows, Spotless Starlings, Bee-eaters and Goldfinches, we also found a Spotted Flycatcher near the sewer works. 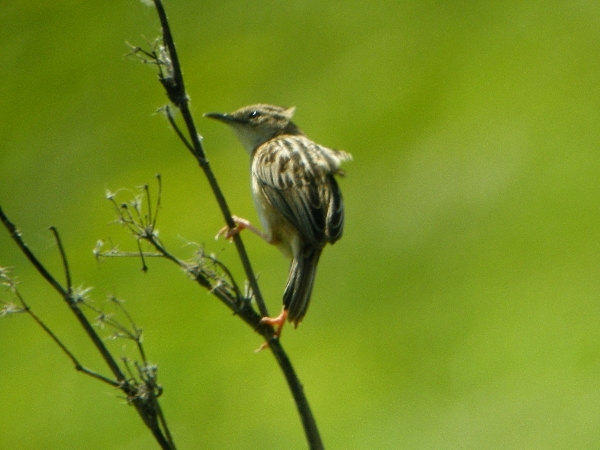 From San Enrique we drove through San Martin towards San Pablo stopping twice, the first time to admire a couple of Little Owls and then for a coffee. From there we walked to the Marchenilla track where we spent a couple of hours in lovely afternoon sunlight. We found at least 4 singing Melodious Warblers, considering just a few days ago there wasn’t a single one there, migration must be happening. Some quite showy Common Nightingales filled the air with their beautiful songs, Common Whitethroat, Zitting Cisticola, Greenfinch, Sardinian Warbler and Blackcap added their best efforts too. 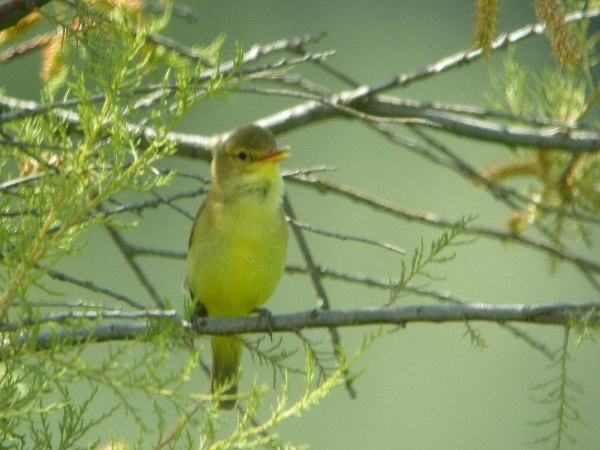 Our last birding of the day was at a pig farm not far away. Jimmy was determined to get a good photograph of a European Bee-eater and at least 40 pairs were nesting in the steep sloping fields of the pig farm. After nearly an hour of frustration Jimmy gave up, it wasn’t his fault that he couldn’t get his picture,  it was the light, the camera and the birds, they kept moving!!

This concluded our birding, it was a little disappointing as far as migrants was concerned but I could see a definite improvement over last week’s efforts.
Posted by WINGSPANNER at 07:34