The weather was back to being just beautiful, with lovely light and a cooling breeze. At Malaga Airport I dropped Mike off at departures and after a short break I went down to arrivals to collect Jimmy, a Scottish guy, who lives in Switzerland and teaches languages.

Jimmy is staying with us for four day before he joins part of my tour of Coto Donana and Extremadura, he arrived on time at 2pm. Once in the car we drove straight round to the local nature reserve at Guadalmar, called Desembocadura de Guadalhorce. 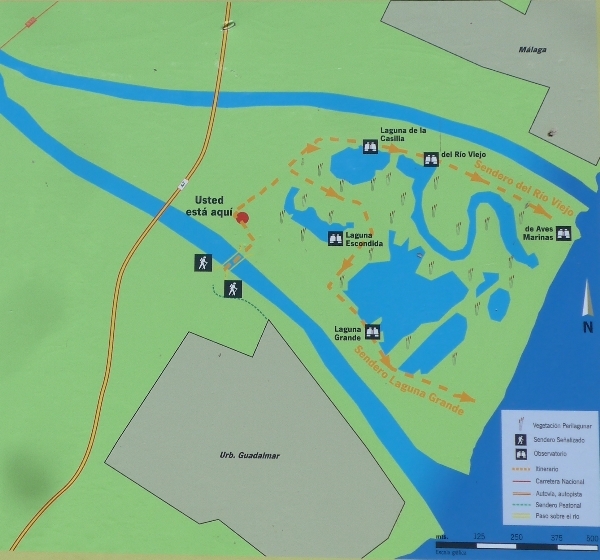 We had a great two hours walking along the tracks and visiting the hides that overlook a number of lagoons, we recorded over 40 species a couple of Red-rumped Swallows were our first birds, they sat obligingly in a nearby tree. 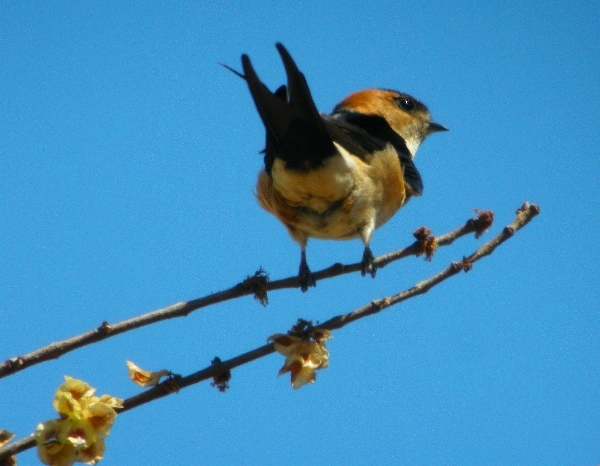 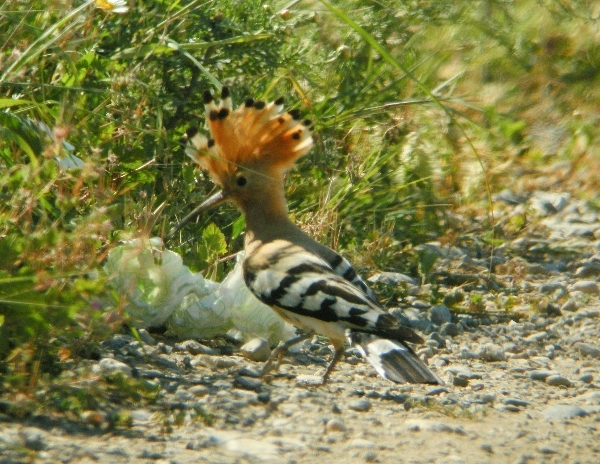 A Eurasian Hoopoe on the track was nice to see too, especially one with its crest raised.

The first lagoon did not produce much, we saw Common Pochard, Little Grebes, Moorhens and Eurasian Coots. We searched for the RED-KNOBBED COOT which was a mega find here last week but alas it must have gone.

The next lagoon had a large number of Black-winged Stilts, a single Common Redshank and a single Common Snipe, but not much else, so we moved onto the third lagoon which is far more open and has more exposed muddy banks. A good number of waders were feeding there with several species present. We listed; Kentish Plover, Sanderling, Common Redshank, Common Greenshank, Common Sandpiper, Oystercatcher, Black-winged Stilt and Pied Avocet. 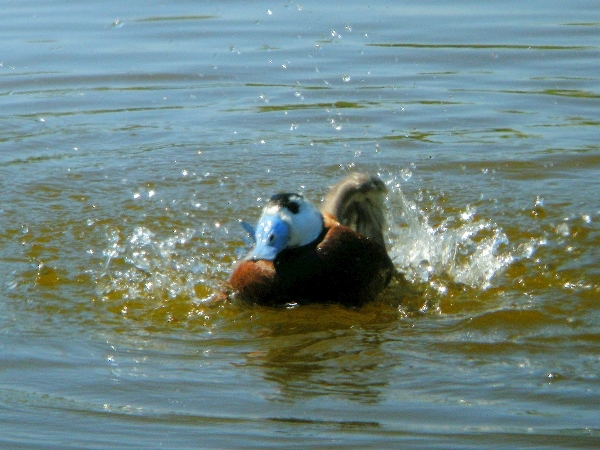 On our return walk we watched Zitting Cisticola, Cetti’s Warbler (heard), Greenfinches and a few groups of Monk Parakeets. From a raised mound we had great views of Laguna de la Casilla from where we found two PURPLE HERONS.

We visited two more hides but it was the Laguna Grande that produced the most, new species, from a raised hide we watched; Eurasian Spoonbill, Common Tern, Gadwall, Black-headed Gull, Great Cormorant, Little Ringed Plover and lots more Stilts. 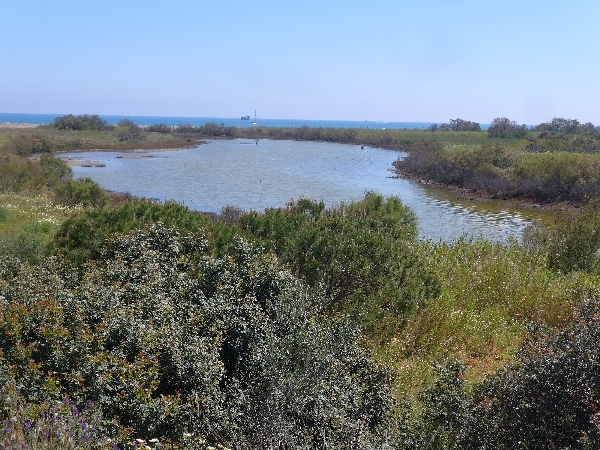 View of Rio Vieja (old river) looking down towards the beach

During our walked back we bumped into another Eurasian Hoopoe, some Serins, Sardinian Warbler, Common Kestrel and Red-rumped Swallows.

After stopping to buy supplies we set off at 5pm for Gaucin, my home village in Andalucia. We never had time to stop but we saw  several Griffon Vultures circling above Sierra Crestellina. 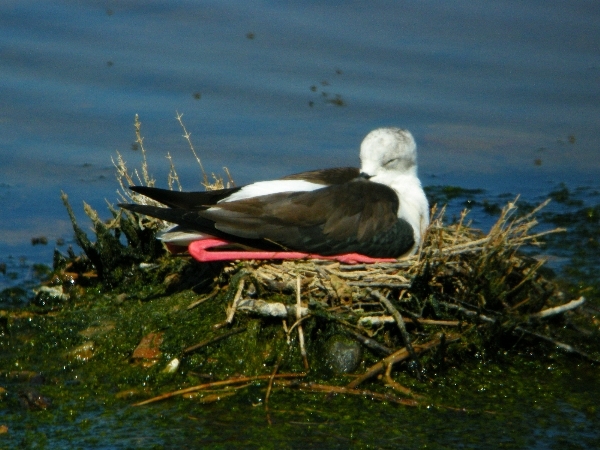 some of the Stilts are sitting on eggs

We eventually arrived at Gaucin around 6:30pm where we enjoyed a cold drink and a delicious home-cooked fish dinner, provided by my lovely wife Dawn.
Posted by WINGSPANNER at 18:13