We were back down to just the two of us today, Jimmy and I left Gaucin at 8am and headed towards the coast along the Algeciras road. At San Pablo we turned onto the San Martin road and headed for the pig farm. Jimmy wanted a better picture of Bee-eater and an early morning visit would give us the right light conditions. Jimmy had a choice of over 100 Bee-eaters to choose from, he took his time and got some great shots. We also saw Raven, Booted Eagle and Griffon Vulture whilst at the pig-pens. 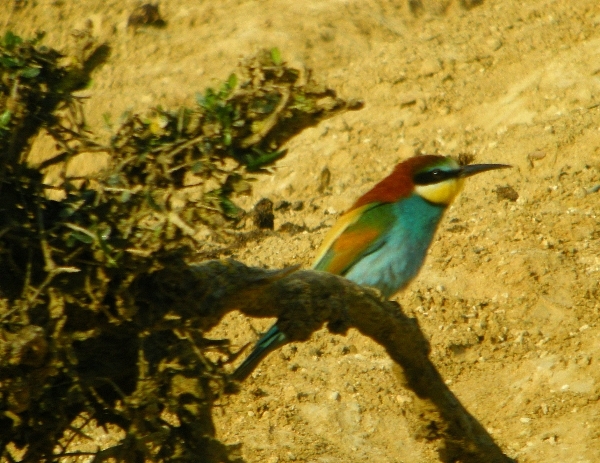 The Marchenilla Track was close by and offered a short-cut back to the Algeciras road so we drove the entire track into the ‘hamlet’ of Marchenilla. We made many short stops along the way, Jimmy went berserk with his camera, his best shots were of Corn Bunting, Stonechat and Tawny Pipit. 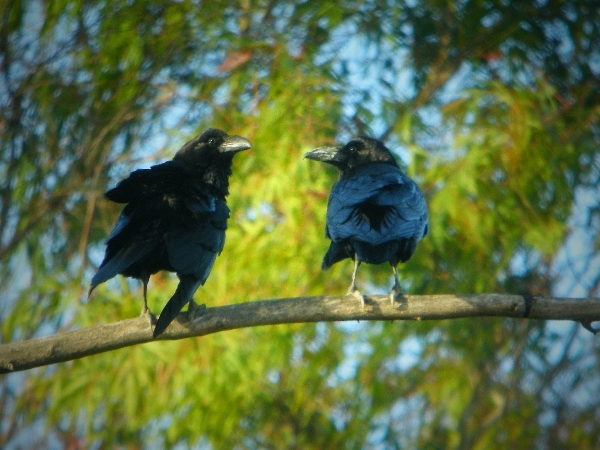 A quick visit to the Rio Hozgargante was made as we arrived at the Algeciras road, we simply hopped across the main road and drove a couple of hundred meters to the river. We had hoped to see Golden Oriole but having heard one calling we couldn’t locate it. Other species seen included Firecrest, Short-toed Treecreeper, Jay, Blackcap, Robin, Blue Tit and several, unseen Common Nightingales sang out loud. 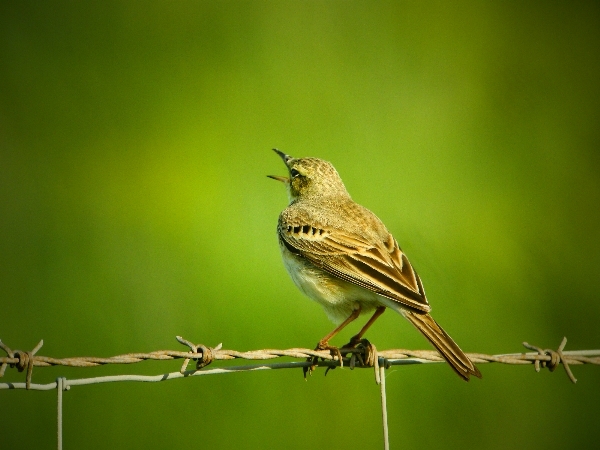 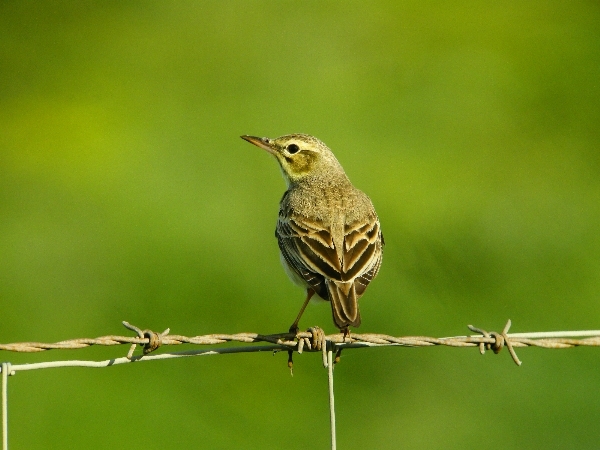 It was approaching 10:30  when we finally set off for Tarifa, but even then a couple of stops delayed us. The first was at the Lesser Kestrel Colony near Castellar where we watched only 4 or 5 Kestrels and the second was at the San Roque White Stork colony where we got great views of the newly hatched Stork chicks in the nest. A seasonal pool nearby held 4 Little Grebes and 5 Little Egrets.

We by-passed Tarifa and headed directly for La Janda where we spent a couple of hours driving along the central track and then the road to Benalup. I can’t say that there were too many highlights because it was quite barren with no water in the newly ploughed rice fields. A couple of Marsh Harriers drifted by, also White Storks, a single Glossy Ibis and innumerable Cattle Egrets. Lots of Corn Buntings, Linnets, Goldfinches and a few Zitting Cisticola were seen. 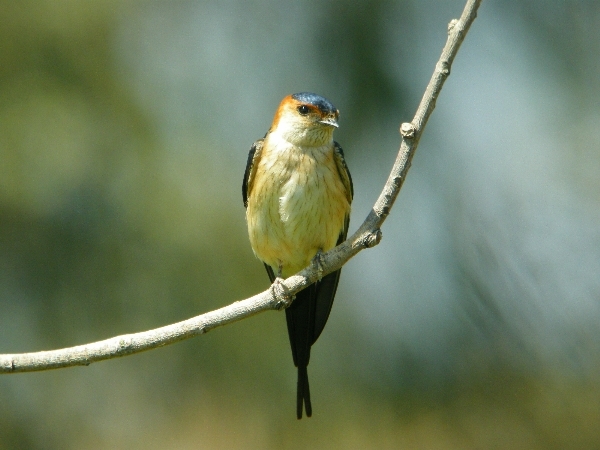 The huge Cattle Egret colony found on the Benalup track is now in full swing, full of noise, movement and territorial squabbles, a few pairs of Glossy Ibis were also nest-building. We also had great views of both Red-legged Partridge and Red-rumped Swallows at the end of the track.

A brief stop at Montonmedia Golf Course produced nothing more than a single Hoopoe, lots of Jackdaws and several Woodpigeons. The Bald Ibis colony at Vejer was fairly quiet as all the birds are sitting on eggs at the moment, a couple of birds were seen in flight.

At Barbate marshes we had wonderful afternoon light and plenty of birds to look at. There are probably over 100 pairs of Collared Pratincoles breeding on the islands and about 3 pairs of Stone Curlew. Lots of Short-toed Larks joined Crested Larks, Tawny Pipits and Northern Wheatears onto our sightings list. Many Western Yellow Wagtails could be seen of three races, iberiae, flava and flavissimo. 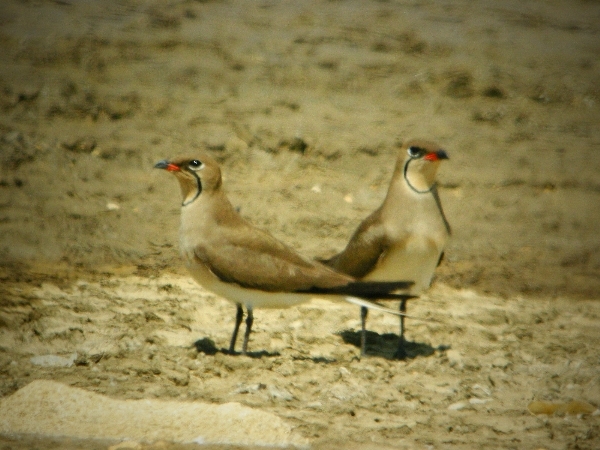 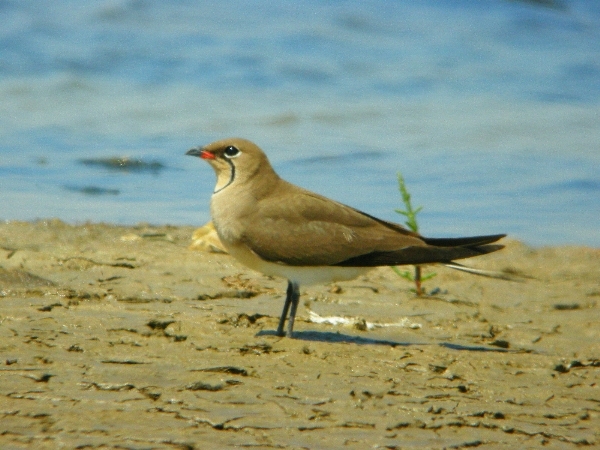 Lots of waders were out on the marsh we logged Pied Avocet, Sanderling, Dunlin, Ringed and Kentish Plover and Black-winged Stilt. We also found Calandra Larks, Woodchat Shrikes and a single Orphean Warbler fed in the bushes. 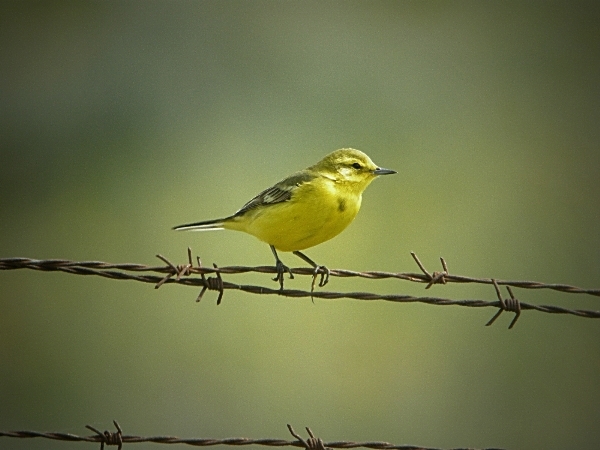 We left Barbate at 4pm making a stop at the Mirador de Estrecho where Jimmy took some pictures of Morocco across the Strait of Gibraltar. We arrived back to a very busy Gaucin, crowds were gathering in preparation for Easter celebrations including a ‘Bull Run’, how nice – I’m so glad we are off to Coto Donana early tomorrow morning.

This ended our min-tour around Gaucin, we had seen just under 120 species and had some wonderful weather during the tour.

IF YOU WANT TO FOLLOW OUR ADVENTURES IN COTO DONANA THEN CHECK OUT THE WINGSPAN BLOG AT: