Thursday 11 August: Continuing fresh E-NE winds have curtailed visible migration here in Gaucin but al least the air is a bit cooler! Here are a couple of photos of an Eagle Owl, presumably not too well (or exhausted?) given that it didn't make much of an attempt to fly away, that was seen in the late afternoon just down river from the Venta de San Juan on the Algatocin-Jubrique road at the weekend. Probably a juvenile as it has, relatively, small ear tufts. (photo courtesy of Joaquin Marquez). 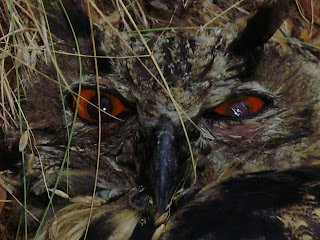 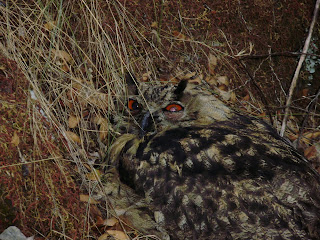