Tuesday 26 April, Rio Genal, Sierra Crestellina, track down to Rio Genal off A-377 just south of Casares, 0900-1330hrs: After the rain and thunderstorms of the last few days it was great that Conor and I set off on a relatively warm, clear and still morning. At the river we saw Cetti's Warbler (Conor finally got his photo!), 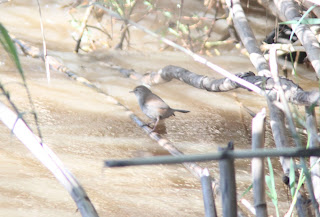 Nightingale, two male Golden Oriole, Bee-eater, Booted Eagle, Short-toed Eagle and a pair of distant Bonelli's Eagle. A quick look at Sierra Crestellina yielded a Common Kestrel, Crested Lark, several Griffon Vulture and a Short-toed Eagle but no sign of Saturday's Egyptian Vulture. Turning off onto the track back down to the Rio Genal we soon spotted what transpired to be a Melodious Warbler (see photo by Conor Finch). An alternative photo showed clearly the short primary projection distinguishing it from Icterine Warbler, despite the rather confusing leg colour! 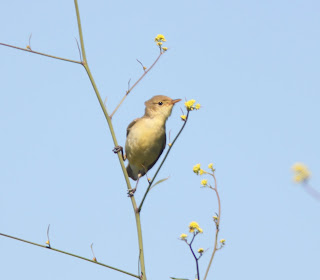 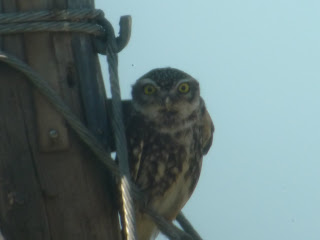