A strange day weather-wise with brooding dark clouds building up throughout the morning and culminating in a short but violent thunder and lightning storm at around 1300hrs; 20mm of rain falling in 30min. Calle Convento was completely under water from the Ferreteria to Callejon de Capitan and there was a hailstorm with 1cm hailstones during which the temperature plummeted from 19C to just 6C within 5min! 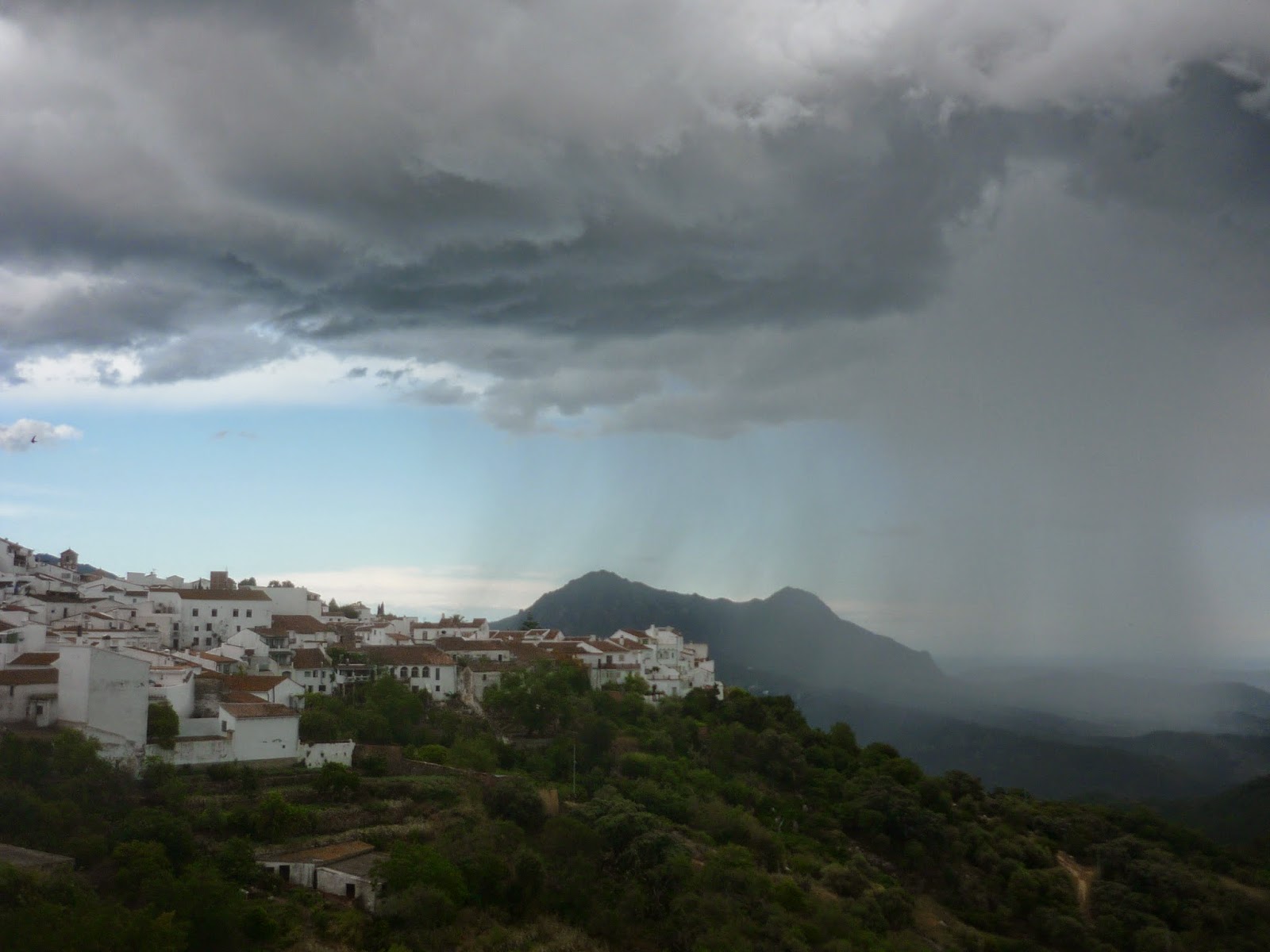 Luckily I managed to get in a walk in the dry around El Hacho from 0930-1200hrs during which there were some good sightings including an adult Golden Eagle over the Rio Guadiaro valley towards Jimena de la Frontera, Griffon Vulture, Short-toed Eagle, Peregrine Falcon (the three chicks appear to have fledged), Common Raven, Blue Rock Thrush, Bonelli's Warbler, Sardinian Warbler, Rock Bunting, Cirl Bunting and Corn Bunting.

At 2230hrs there was a Tawny Owl singing from the area below the old convent.
Posted by Paul at 23:13