This morning I was walking in the Castellar de la Frontera area; there were plenty of Booted Eagle around, lots of Common Nightingale, a few European Bee-eater and at least 3x Bonelli's Warbler along the old track up to the castle. Whilst at the castle a flock of 120+ Black Kite passed by (see bad photo taken in poor light with a small camera but you get the idea!). Later a smaller group of 20 or so were seen. At the castle there were at least 10 Lesser Kestrel and in a poplar tree near their colony in the railway bridge there were at least twelve. 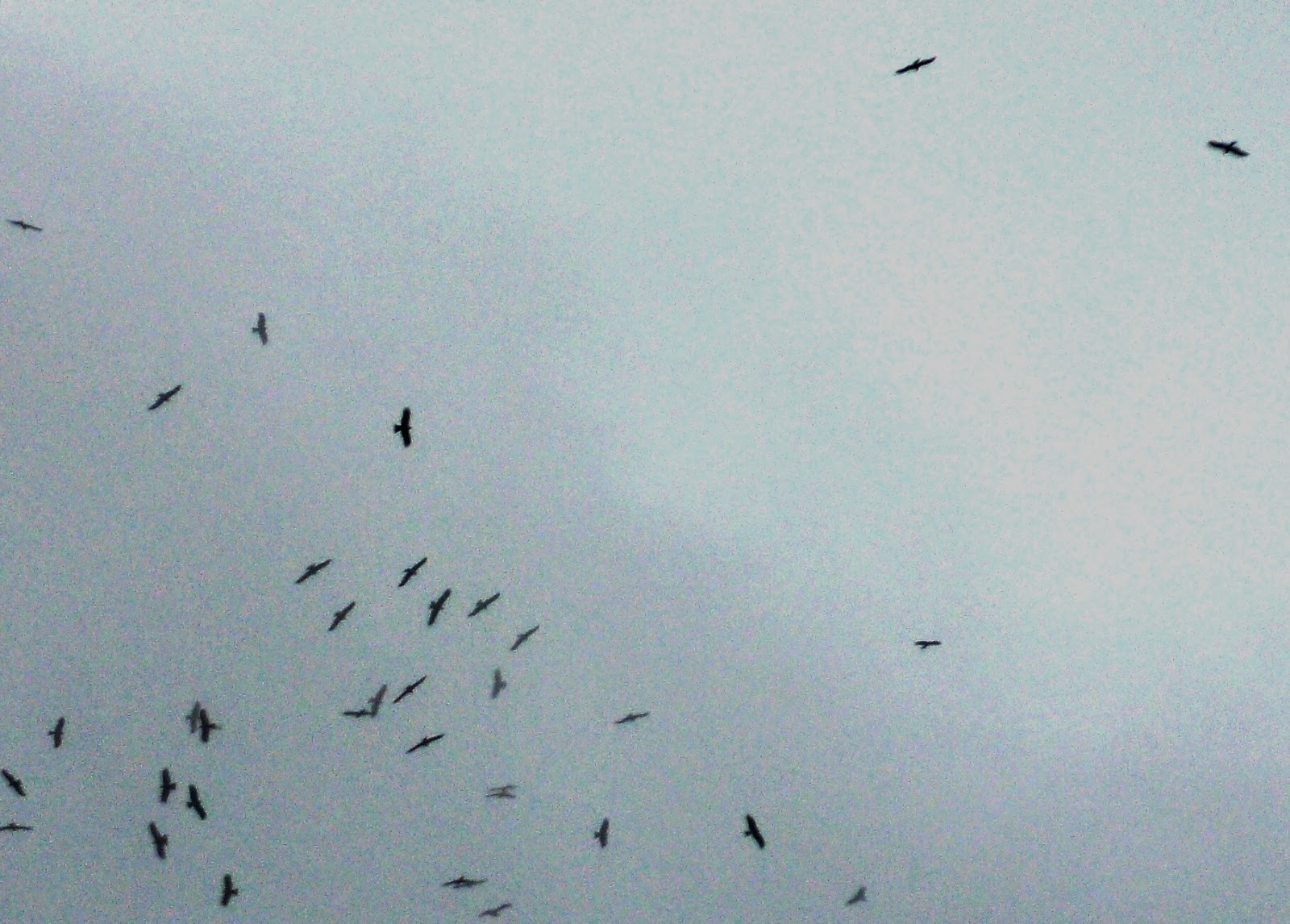 Whilst in the area I checked out the site where Black-winged Kite bred last year but there was no sign of them; I haven't seen them at last year's wintering grounds either so it's possible that they've moved on. I'd be interested to hear if anyone has seen them in the San Martin de Tesorillo area.
Posted by Paul at 12:33