I have just returned to Gaucin for a short mid-winter break with my wife Dawn and will post my sightings whenever we got out.

We both wish Paul and Janys all the very best for 2017 and hope that Janys's recovery continues until she is fully fixed.

It was great to be back in the Spanish sunshine leaving a very cold Somerset yesterday! After some heavy winter rain the verdant Andalucia landscape and teamed with life. Blankets of flowering yellow Bermuda Buttercups were broken up by swathes of Paper-white Narcissi.

A perfect sunny day, no clouds and no wind greeted us (Dawn was with me) down at the river,  we arrived a little late, it was 10am.
At the river we first scanned the open pastures finding 6 species in the first field! Black Redstarts were abundant, they were all over the field and fence-line. White Wagtail, Meadow Pipit, Stonechat, Goldfinch and Chaffinch were also there. In the bushes along the river a good number of Blackcaps were joined by I assume Common Chiffchaff, also Blue Tits, a Cetti's Warbler and a nice surprise was a Firecrest.
Further up river a Kingfisher flew across the track whilst Spotless Starlings called from the tree tops. Even more White Wagtails and Blackcaps filled the paddocks and bushes. Sardinian Warblers, Common Kestrel, Great Cormorant, Great Spotted Woodpecker, Song Thrush, Greenfinch and Crag Martin made up the rest of our sightings. 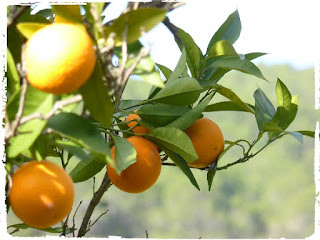 A huge flock of Griffon Vultures circled above Sierra Crestellina, I counted 71 but I'm sure I missed a few.

We had lunch back home in Gaucin before driving down to the Rio Guadiaro at Cortes. The weather was even better it must been around 17C as we walked along the river. We had many more sightings of Black Redstarts, White Wagtail, Common Chiffchaff, Stonechat, Crag Martin and Goldfinch. A single Green Sandpiper, two Great Cormorants and good views of our second Cetti's Warbler was nice.

During the walk back to the car we found two more Firecrests, they must have been territorial-rivals as both them were quite agitated with crests raised and feathers buffed up, it was quite amazing to watch.

Final birds added to the day list were Grey Wagtail, Corn Bunting and a Mistle Thrush. 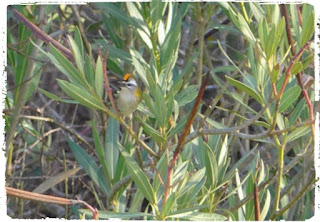