The last few days have seen a repeating pattern of light-fresh, occasionally gusting to gale force 8, easterly winds and temperatures between 30C and 34C. No significant raptor movement to report with just regular sightings of local Short-toed Eagle (at least 3, maybe 4, just to the east of El Hacho early this morning may have been moving through) and Booted Eagle plus Common Buzzard, 3 juvenile Common Kestrel at the back of El Hacho and a juvenile Eurasian Sparrowhawk in the mixed woodland just north of the village.

In addition to the Short-toed Eagles this morning there were 80+ Griffon Vulture pouring over the summit of El Hacho at 08:00hrs before milling around low over the Ronda-Algeciras road and 50+ European Bee-eater in the same area a couple of hours later.

In lieu of any bird photos, here are some photos of the recent cork harvesting that remains an important part of the local economy: 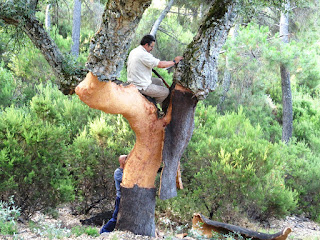 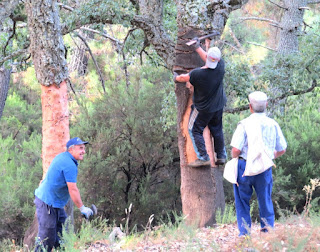 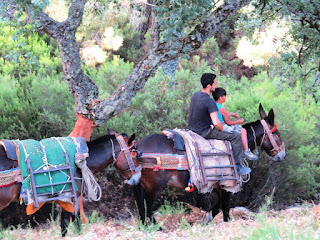 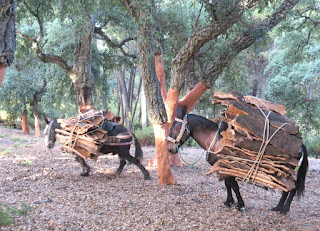 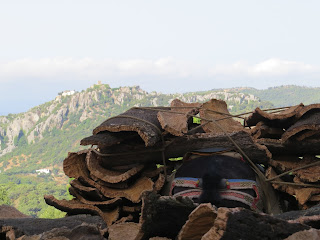 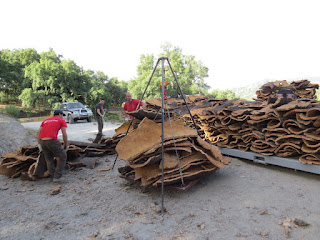 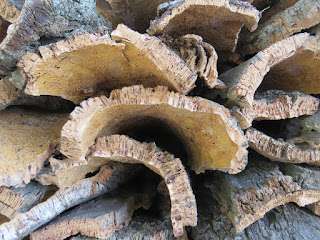 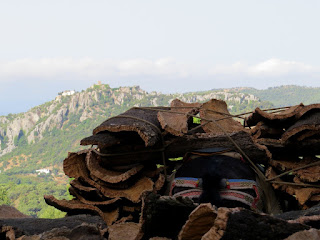