Along the Camino de Gibraltar this morning there was a family of Bonelli's Warbler flitting between the olive trees; also, Golden Oriole was heard from the poplar trees further down, past the house that used to be called El Nobo and beyond Finca Alboran.

The last  week or so there have been some wonderful display/feeding flights by one of the local intermediate morph Booted Eagles as it calls and dives from on high, wings folded, swooping back up again just a few metres from the ground. A Short-toed Eagle has also put in an appearance close to the south of the village. The male Blue Rock Thrush is still around on the half-finished house in Calle Convento where they appear to have bred this year. 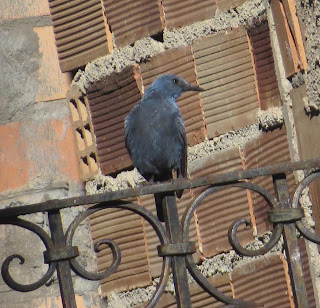 Swift sp. numbers are building up as this year's young take to the skies with the adults - no sign of an Alpine Swift among the melee so far. 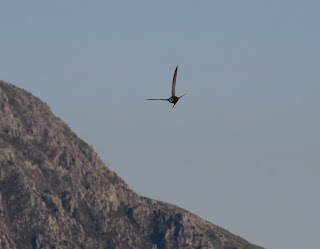 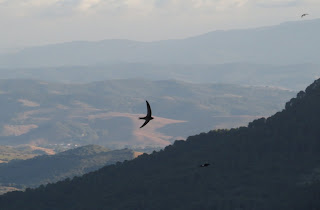