Not much to report, with no Honey Buzzards seen since those that passed through on Monday; presumably they had all been held up in Morocco and came over as soon as the wind was favourable. Yesterday saw the first significant rainfall since 21 April with 10mm recorded.

I meant to post this photo last week; it's a Red-striped Oil Beetle, several of which were seen whilst walking near Castellar de la Frontera. 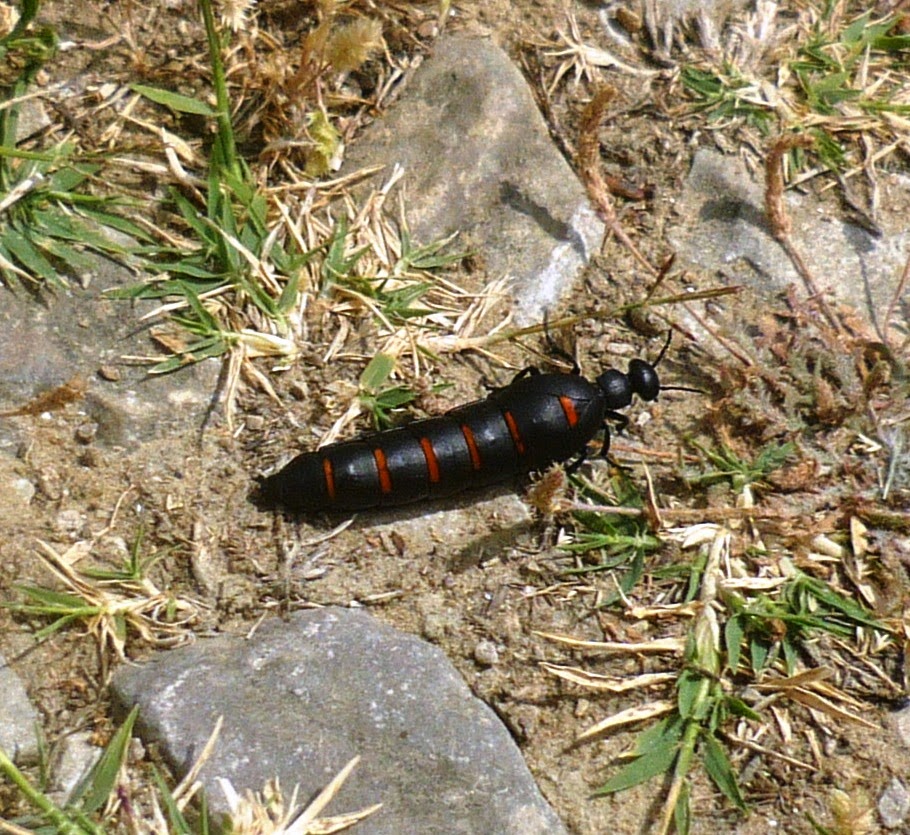